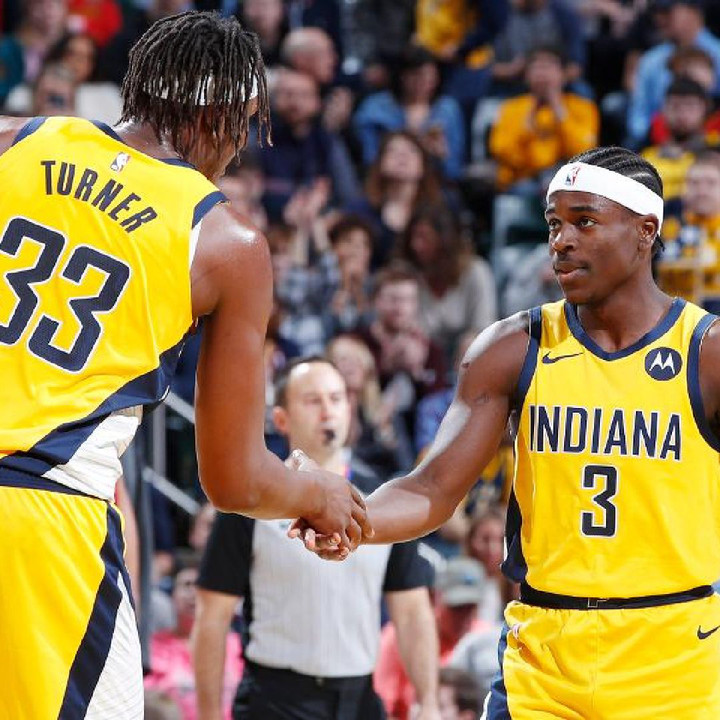 Indiana Pacers Players Detail The Challenges Of Playing, And Living, In The NBA Bubble

The Indiana Pacers arrived in Orlando this past Thursday, the location where the organization will reside for the next two-plus months. As the NBA restart begins to take off at the ESPN Wide World of Sports Complex, teams are beginning to get settled into their new homes within the league’s “bubble”.

The conclusion of the 2019-20 season will be unlike anything seen before in professional basketball. From no fans at games to every player living on site together, there are countless interesting layers that will make the end of this NBA campaign unique.

But beyond distinctiveness, finishing a season under the bubble circumstances, and during a pandemic, comes with many challenges. From safety to mental health to on-court difficulties, NBA players expect the end of this season to feature many obstacles compared to what they are used to in a regular environment.

For Pacers center Domantas Sabonis, for example, the biggest trial going forward will be remaining physically healthy for the rest of the season. “The biggest challenge, I think, [is] we’re going to have to prepare ourselves really good those two weeks in Orlando, because a lot of injuries can happen quickly,” Sabonis said. “We’re trying to ramp it up faster than we usually would, so that’s the scary part,” he later added.

That fear has already impacted Indiana’s roster for the rest of the season. The heightened chance for re-injury was the reason for sitting out cited by guard Victor Oladipo. “With all the variables, from how I have to build my 5-on-5 workload back up, to the increased risk of a soft tissue injury which could delay my rehab, and the unknown exact set up of the bubble, I just can’t get my mind to being fully comfortable in playing,” Oladipo told The Athletic.

A handful of players around the league are also sitting out due to the elevated risk of injury, so Sabonis’ and Oladipo share the feeling with many others. Part of the reason injuries are more likely is due to the short amount of time players have to get into shape before games, which Pacers forward Doug McDermott recognized as a battle. “[With] just three weeks to ramp it up, I think it will be a challenge,” McDermott said.

McDermott also highlighted another challenge of being in the bubble ⁠— being away from his loved ones. “It’s going to be uncomfortable circumstances, kind of being locked down for a while away from our families,” he said.

That family separation is going to be a massive barrier for Pacers wing Justin Holiday, who along with his wife Shekinah welcomed a second child into their family earlier in 2020. Holiday considered not partaking in the NBA restart for a handful of reasons, and being separated from family was one of them. He said it will be tough to be away from his wife and kids for an extended period of time.

Justin Holiday also considers not knowing what his day-to-day life will look like in Orlando a challenge, specifically as it relates to the coronavirus pandemic. “Not understanding what’s going to happen in the bubble day-to-day [will be challenging],” Holiday said. “I’m not sure how things are going to work if, say, someone get’s sick. I’m sure the NBA has thought about it and has an idea to deal with those things… [I’m] just wondering how all that stuff is going to be taken care of.”

The pandemic, and the unknowns that come with it in the bubble, is causing many players and coaches to think similarly. Pacers Head Coach Nate McMillan stated it bluntly, “None of us know what to expect.” Then he went into more detail. “It’s going to be a lot of adapting that’s going to go on [for everyone]. It’s going to be a mental challenge.”

Pacers center Myles Turner also discussed mental challenges as being one of the biggest obstacles in the bubble. “It’s going to be a mental hurdle,” Turner said of the circumstances. “Physically, everybody is in shape. Everybody’s had this time [off] to kind of revamp and reshape themselves. But I think mentally is going to be the biggest challenge. Just the hurdle of, you know, you’re here to grind, you’re here for one reason only. You’re separated from the world in a sense.”

Sophomore guard Aaron Holiday agreed that playing in front of no fans will be a sizable obstacle. “The biggest challenge I feel like will be playing with no fans,” the youngest Holiday brother said. “We are so used to feeding off their energy and playing for them. Now it’s more so just us getting out there pretty much like a practice or a scrimmage. We have to bring that energy ourselves. That will be that hardest part for me.”

McMillan detailed how playing in front of no fans could be hard. He mentioned that for most guys in the NBA, they have always played in front of fans. Even when they were just kids, their parents and families would be in the crowd cheering them on. In the bubble, there won’t be any cheering or family.

“I think it could be tough playing with no fans,” Aaron’s older brother Justin said. “I’m sure at some point we’ll get used to it because it will be basketball… [but] that will be weird.”

Even beyond not having fans, games will still be weird. Thanks to stay-at-home regulations and gym closures, some players in the NBA went a few months without playing basketball. Pacers guard Edmond Sumner said the NBA suspension was perhaps the longest time in his life in which he didn’t play basketball.

That detail, combined with a long period of time off from the rhythm of normal NBA workout schedules, could lead to some lower quality basketball games during the seeding matchups. “I picture it as the start of a season, [like when] preseason hits,” Aaron Holiday said. “They are going to give us a few games to get ready. So I see it as preseason, kinda the little common mistakes you have, turnovers, fatigue, until we really get in the mode and get our bodies right.”

McDermott agreed, he also mentioned the word “preseason” when elaborating on how the games might look. He and the younger Holiday brother gave nearly identical answers when discussing the potential standard of the seeding games. “They could be [lower quality],” he said. “I think this is a long time off. Obviously the circumstances, [such as] some guys not having access to gyms, made it tough. I think everyone will be a little rusty, so as long as we lock in these next few weeks… I think we can sharpen up.”

Justin Holiday, meanwhile, thinks that some guys could be at their usual level right away, while others will be unpracticed. “Some people might be rolling from the jump, some people might not be. I think that’s a challenge.”

Essentially, everything in the bubble is a bit of a challenge. The games, at first, will be played at a lower quality. The players will be more susceptible to injury and virus-related risks. Families cannot attend for over a month. And there are tons of mental hurdles. McMillan even stated that packing is difficult since the team will be in Orlando for so long.

Put all those bubble-related challenges together, and it’s clear why the conclusion of the 2019-20 NBA season will be unlike anything ever seen before.

This article was written by Tony East from Forbes and was legally licensed through the NewsCred publisher network. Please direct all licensing questions to legal@newscred.com.