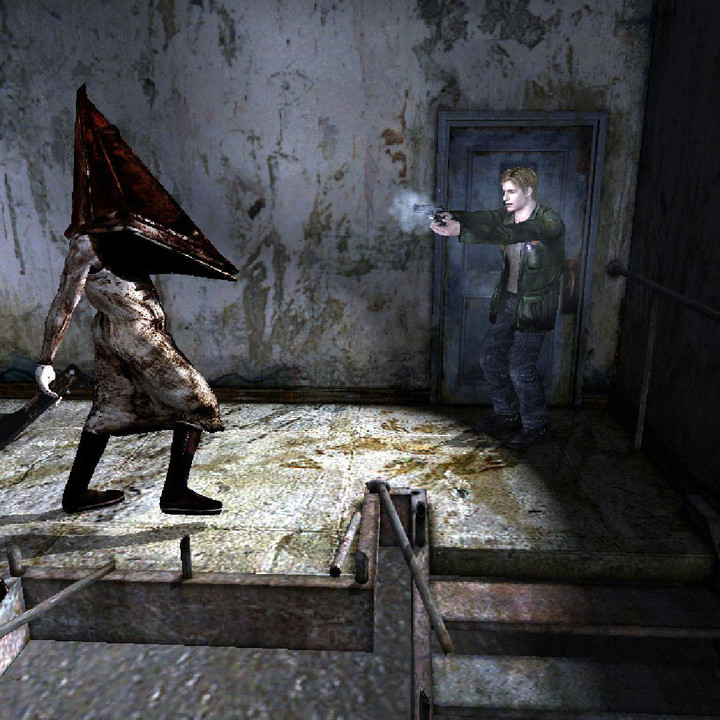 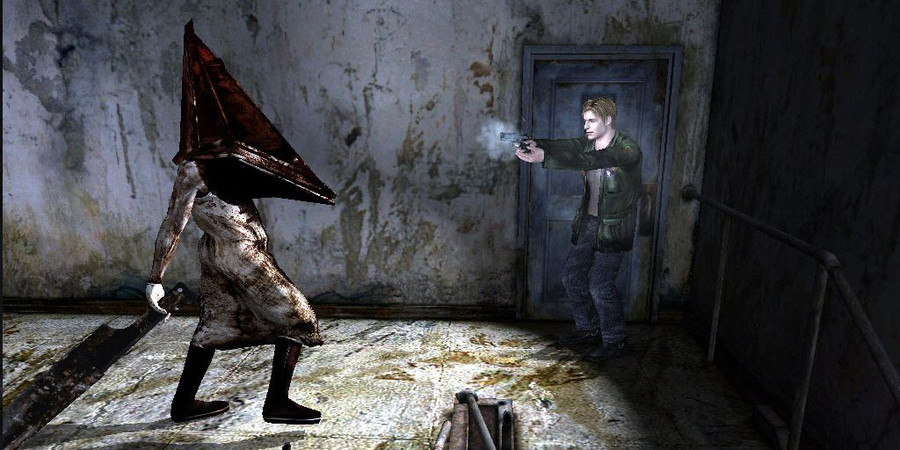 When you’re forced to journey through the terrifying, sobering world of Silent Hill, it’s not the grotesque scenery or even the grotesque-er monsters that should terrify you.

It’s the music. The grungy, hopeless, endlessly soul-destroying music. Once it digs its claws into your tender flesh, it won’t let go. And that’s a good thing.

In its various installments over the years, the Silent Hill series has become hallowed ground for horror fans. After setting itself apart from the banal jump scares and pedestrian level design endemic to the genre, its eerie set pieces, surrealistic narrative design, and dreamlike landscapes have attracted a disturbing number of fans who can’t get enough of how…disturbing it feels.

The haze of fog veiling the cold, steely atmosphere invites curiosity. Once you’re in the game, the absence of in-your-face shockers or classic horror creatures both puzzles and captivates. The third-person controls don’t always work the way you need them to but add a sense of urgency to an already unsettling atmosphere that doesn’t openly announce its intentions.

But back to the unsettling music. The likes of psychotic nurses and Pyramid Head himself wouldn’t be half as scary without the aural cues that contribute to Silent Hill’s cinematic brand of horror.

Like the Final Fantasy series, which owes its singularly excellent music to the singular skills of one Nobuo Uematsu, the music of Silent Hill is almost all thanks to one man. Composer Akira Yamaoka is single-handedly responsible for most of the series’ auditory nightmares. (He’s also responsible for contributing some absolute bangers to Konami’s Bemani dance-based music series.)

One particularly harrowing track is Silent Hill 3’s “Prayer,” which will catch you off-guard every time. It’s what music theory professors would call “messed-up guttural drone chanting in an unknown language.” You don’t know who the chanters are, what they’re saying, or who they’re praying to, but maybe you don’t want to, either.

Many of Silent Hill’s background tracks over the years could be mistaken for experimental noise, especially in contrast to the orchestral grandeur of RPGs like Dragon Quest or Final Fantasy. But the series has also spawned several pop tracks that wouldn’t feel too out of place on the radio. These make the more purposefully dark songs feel that much scarier. Of course, the pop songs have their own decidedly sinister feel.

A remixed version of Silent Hill 4: The Room’s “Your Rain” wouldn’t sound totally out of place on an Ariana Grande album. Its electropop influence is an outlier, but it’s the most “normal”-sounding song the Silent Hill series has ever seen.

On the flip side, Silent Hill 3’s “You’re Not Here” is a singer-songwriter anthem that you’d hear on early-aughts TRL, a plea from a lover who “never thought she’d sit around and cry for your love…’til now.” Pretty tame for Silent Hill!

Meanwhile, Silent Hill 4: The Room’s “Silent Circus” sounds like it should at least be a bit whimsical. Instead, it’s disarming and trippy, slightly off-tempo. The musical vertigo is an ideal soundtrack for a stroll through town.

But this is all just music, right? There’s no real reason to be afraid of a song. You should be scared of the empty streets, or those bloody, undead nurses shambling your way. And there are other sounds in the mix contributing to the franchise’s psychological horror. The characters’ voices live in an uncanny valley, not totally human, even when you’re meant to sympathize with their plight. They’re more like marionettes given human form and voice.

Silent Hill already has everything else it needs to scare the wits out of you. It’s a testament to Yamaoka’s compositional skill that the music evokes the same kind of fear. Try listening to a few of these in a dark room, if you’re not afraid. You will be.