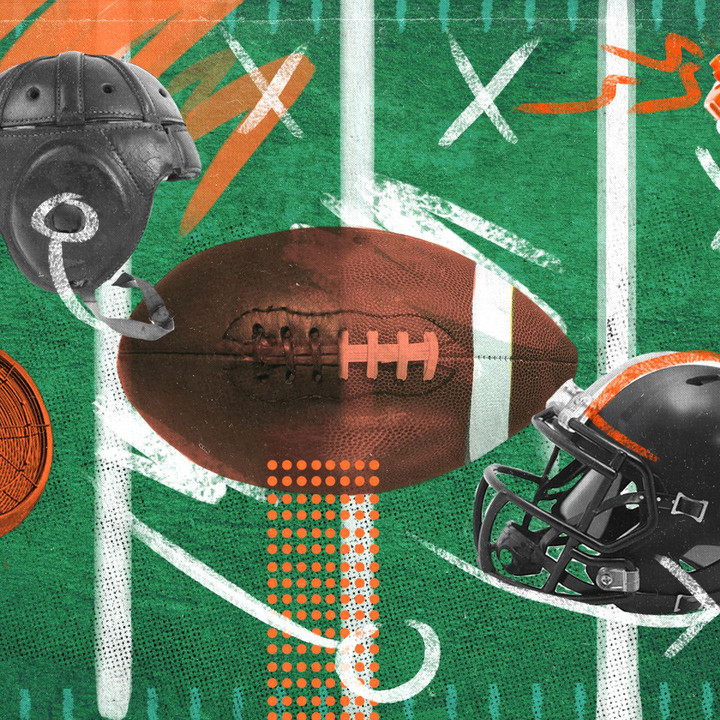 How NFL Training Camp Has Changed in the Last 10 Years

Welcome to a three-part series on football training camp. Up first, here are some of the most notable recent changes to training camps in the NFL. Next, we’ll check in on the summer ritual of high school training camps. Finally, we’ll take a look at how HBO’s Hard Knocks has changed the way we think about NFL training camp.

All across the country, from Phoenix to Foxboro, NFL training camp is in full swing, and the familiar feelings of fall are just around the corner. Teams are getting back together, working through drills, and trying to iron out the kinks before they start the preseason, and eventually their 17-week grind towards Super Bowl dreams.

But while the quest for a championship remains similar to the ones that football teams faced in past generations (give or take a couple added regular season games), there’s absolutely no question that training camp has changed over the decades. Most recently, starting in 2011, the NFL and NFL Players Association came together to change the rules and regulations about what players and teams could and should do during camp. It was a far cry from the training camps of just a decade before, never mind their historic forbearers.

The science of football and athletics is more sophisticated than ever before. Following the game at large, the NFL has overseen several fundamental changes to how training camp serves the purpose of team building. From changing attitudes on hydration, to the abolition of “rite of passage” exercises once deemed critical to building a team’s character, NFL training camp has changed for good.

From high school football all the way up to the pros, two-a-day practices have long been a ritual in preparing for a rigorous, demanding season. With emphasis on conditioning and execution (often in the sweltering summer heat, unless you were blessed with an overcast day), two-a-days could make or break the foundation of your team. But taken without the proper precautions, these types of practices could turn risky.

The risk of heat-related illnesses, borne out most tragically in the 2001 death of Minnesota Vikings lineman Korey Stringer, forced more scrutiny of the practice. Many teams adjusted their protocols and increased their emphasis on hydration. And in that 2011 collective bargaining agreement, the league and its players agreed to eliminate two-a-days outright.

Shorter Practices, Hydration Tests, and the Future of football

Heat and hydration aren’t the only reasons why the NFL and football programs across the nation at all levels have been forced to re-evaluate traditional notions of training camp. Increased awareness of other injuries, and the competitive advantages to be paradoxically gained from less practice, saw the football world making changes long before the NFL got involved. One team in particular started to spin long-held traditions into a competitive advantage.

Chip Kelly presided over the greatest run in the University of Oregon’s football history from 2009 to 2012, leading to one National Championship game appearance and two BCS bowl victories before eventually making the jump to the NFL. But while most remember the speed at which Kelly’s Ducks played, or their flashy, often polarizing uniforms, Kelly and his staff took innovative approaches to sports science and performance that were at the vanguard of change throughout the game.

NFL players are no stranger to urine tests for banned substances. Kelly was one of the first coaches at a major football program to subject his players to the same—but to measure their hydration. It sounded a little draconian at the time (and it still does), and while football coaches have always been obsessed about the details, it’s light years away from the likes of Bear Bryant running boot camps in the Southern heat designed to make players quit.

Kelly turned science into an advantage by not only monitoring the hydration of his players but also running faster, shorter practices to better simulate the speed with which they wanted to play in actual games. This approach maximized the value of practice time and minimized the wear and tear on his players. In the NFL, Bill Belichick of the New England Patriots was one of the first to adopt some of Kelly’s methods.

The football world has caught up with Kelly’s methods, and that advantage is no longer what it once was, as his post-Oregon record may attest. But it was a sign of things to come for the game of football. NFL rule changes such as shortening practices and minimizing contact have followed, but to keep growing the league amidst heavy scrutiny towards players’ safety, the league is still constantly making changes.

In addition to permanently instituting the experimental 2018 special teams rules, designed to increase player safety, the NFL in 2019 implemented a rules change with pragmatic and symbolic significance. They banned the “Oklahoma Drill,” once a staple of training camps at all levels, a summer ritual designed to get players back into a football state of mind and test a man’s primal toughness.

The Oklahoma Drill, a legacy of University of Oklahoma coach Bud Wilkinson, is designed to simulate a one-on-one battle at the line of scrimmage, testing players’ mettle by having them run into each other until one ends up in the dirt or gets pushed out of a designated corridor. It may also require a ball carrier to hold on to the football while navigating the gantlet.

On a very basic level, the Oklahoma Drill, like other now-banned “high-contact” drills such as “bull in the ring,” is about hitting people. So is football, in a sense, but this kind of drill has very little tactical purpose. It’s hitting people to get people fired up about hitting people. The drill would often generate a great deal of excitement at camps, in the same way Monday Night Football’s now canceled “Jacked Up” segment blithely celebrated the game’s most violent hits.

That was before the science on football-related brain injuries, like concussions and chronic traumatic encephalopathy, became more well-developed and publicly known. Justifying the usefulness of the Oklahoma drill has become all but impossible, and even in a sport that remains in large part about hitting people, the NFL is loath to take such a risk.

The Oklahoma Drill had largely fallen out of favor, and many veterans didn’t participate anyway. It’d be like the NBA banning short shorts in 2019. But as players become bigger and faster, and the league trends toward less contact in live-game situations, the league saw fit to put this vestige of its past to rest, even as football purists malign the loss of this tradition.

But it’s not like the NFL has ever been immune to change. Its on-field product is always evolving. Just a decade ago, 5,000 yard passing seasons were a generational occurrence. Now, they happen almost every year. It makes sense that the rules and structure around it will keep pace.

Advances in technology (virtual reality has recently seen wide adoption) and increased public scrutiny promise to transform the way players prepare and practice. We don’t know exactly how the game will change. We do know that some will greet the changes with “It’s about time,” others will grumble about the game losing its soul, and everyone will find something new to talk about the following summer. It’s a cycle as old as leather helmets.

Next up, dive into Part 2 of our training camp series on the very American traditions surrounding high school football.