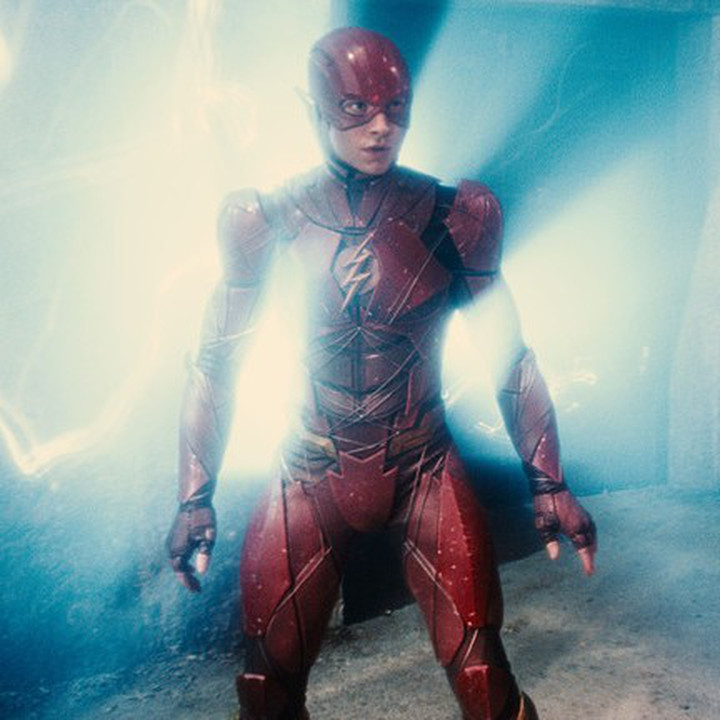 Multiple discoveries are a surprisingly common phenomenon that spans Hollywood.

The term, as described in David Lamb’s “Multiple Discovery: The Pattern of Scientific Progress,” essentially explains what happens when two or more parties just happen to come up with the same idea at once. Such a phenomenon is equal to the concept of twin films in Hollywood, in which movies with remarkably similar — or, in some cases, starkly identical — plots are produced and released in the same year by different studios because both companies coincidentally invest in similar scripts around the same time.

It’s why two Robin Hood movies were released in 1991 by different studios, or how Antz and A Bug’s Life premiered in the same year. The same can be said for Saving Private Ryan and The Thin Red Line, Deep Impact and Armageddon, Edtv and The Truman Show and Capote and Infamous. The list goes on.

Some contribute the twin-film phenomenon to dueling studios having corporate spies feeding information to each other. Still, without proof, it’s safe to chalk up some of these instances as a mere coincidence.

For one of these instances, producer Bingham Ray told The New Yorker how he recalled receiving a phone call from his friend, Douglas McGrath, about finally finishing his script about Truman Capote, which he called Infamous and would go on to star Toby Jones. Ray gleefully responded, “I know. I’ve got it on my desk!” This confused McGrath because he had just finished his script, and it sat on his desk. Upon further inspection, Ray didn’t have McGrath’s script, but actually, the soon-to-be Oscar-nominated script from Dan Futterman, which was called Capote and, like Infamous, focused on Capote’s time working on his book, In Cold Blood. All parties involved were baffled at how this could happen, but that didn’t stop Warner Independent from delaying Infamous for another year following Capote winning an Oscar.

This isn’t the first time something like this occurred, nor will it be the last.

In Comes the Multiverse

The latest instance of Hollywood convergent evolution revolves around parallel universes, or as modern audiences affectionately refer to it now, the multiverse.

Parallel universes refer to the idea that one construct of reality can be connected to a stream of alternate timelines, which exist on the other side of the universe. What started out as an actual philosophical, scientific concept has since evolved into a touchstone of storytelling that grew popular as early as the 1960s, thanks in large part to Star Trek.

The original version of the show frequently dabbled in the idea of alternate realities through episodes like “Mirror, Mirror,” “Patterns of Force” and “A Piece of the Action.” Each of these episodes was released during the show’s second season. From there, the concept of the multiverse not only became a staple of the franchise as a whole, but would continue to expand across the science fiction genre in movies, shows and books. Six decades later, the concept seems to have become more popular than ever, particularly after Sony released Spider-Man: Into the Spider-Verse, which focuses on the titular wall-crawler meeting with alternate versions of himself from different universes. Marvel and its movie studio would go on to keep that ball rolling with 2021’s Spider-Man: No Way Home, where Tobey Maguire and Andrew Garfield return to the role from their respective universes/movies to have an adventure with Tom Holland‘s MCU iteration of the character. In the same respect, Marvel continues to dabble with multiple universes by centering the multiverse around their other projects, such as Loki, WandaVision, and Doctor Strange: Multiverse of Madness. Add No Way Home to the mix and that’s nearly 20 hours of multiverse content that Disney delivered within the same calendar year.

Obviously, no one is accusing Marvel or Disney of multiple discovery when all of these movies and television shows revolve around the same banner. Obviously, the release of these projects have come under the same plan from the same studio.

However, the intrigue comes into play when we factor in Everything, Everywhere, All at Once. The movie, of course, has nothing to do with Marvel’s universe and none of the filmmakers (save for producers and frequent Marvel collaborators, The Russo Brothers) are affiliated with Marvel whatsoever. Yet, this movie takes a similar look at parallel universes from the perspective of a woman who must work with alternate versions of herself to save the universe. It was also released within mere months of Marvel’s most recent projects.

Coincidence, Or Strike of the Multiverse?

It can’t even be argued that the movie itself was somehow made to capitalize off the success of any Marvel projects. Not when screenwriters/directors Daniel Kwan and Daniel Scheinert claim to have been working on the project since 2010, as they told Vulture last April. First, by researching the project that year, then, by starting to actually pen the script in 2016. Add to the fact that Warner Bros. plans to release another multiverse movie into the mix for their DC Extended Universe. The movie in question, The Flash, now delayed to 2023, will see its title character run into different versions of himself from other universes, as well as Michael Keaton‘s Batman from Tim Burton‘s universe, originating from the 1989 Batman film.

As the multiple discovery phenomenon rears its ugly head again, it is clear that Hollywood has found its new obsession, and that obsession is the multiverse. The past six months of Hollywood content has been dedicated, in large part, to the multiverse. To pinpoint why, it may be easy to blame it on the fact that this kind of content sells. There has been proven financial box office success with multiverse movies, especially judging by the $92 million box office success of Everything, Everywhere, All At Once  — proving superhero movies aren’t the only ones profiting off of the multiverse. However, that still does not explain why these sell so well, or why audiences are invested in multiverse movies so suddenly and so quickly.

To seek the answer to that rumination, one must first look at the reason why so many audiences gravitate toward movies in general: escapism.

Movies serve as escapism in that after a long, hard day, anyone can allow a movie to transport them into another world for two hours. The multiverse takes the concept of escapism into a whole new realm, literally. In a medium where fantasy is crafted in terms of either grounded realism or over-the-top entertainment, the multiverse opens doors to entirely new fantastical elements. With the multiverse, audiences are taken not just into one new world, but several all at once. It’s hard not to be fascinated by the concept.

In terms of escapism, it’s especially exciting when the real world seems as difficult and unpredictable as ever in a post-2020 world, for obvious reasons. Now more than ever, people are in dire need of escapism. Who wouldn’t want to escape from it all, however briefly, just to see three Spider-Men team up to save the world?

In reference to Spider-Man: No Way Home, enough people were seeking an escape less than two years removed from the peak of the pandemic, which equated to almost $2 billion worth of profit. If history is anything to go on, filmmakers will want to capitalize on the success of Hollywood’s new obsession, meaning that audiences should expect even more multiverse movies in the near future, even beyond the 2023 release of The Flash.

And for those who love movies as a source of escapism, they should have no problem with that. They’ll come running to the theater.