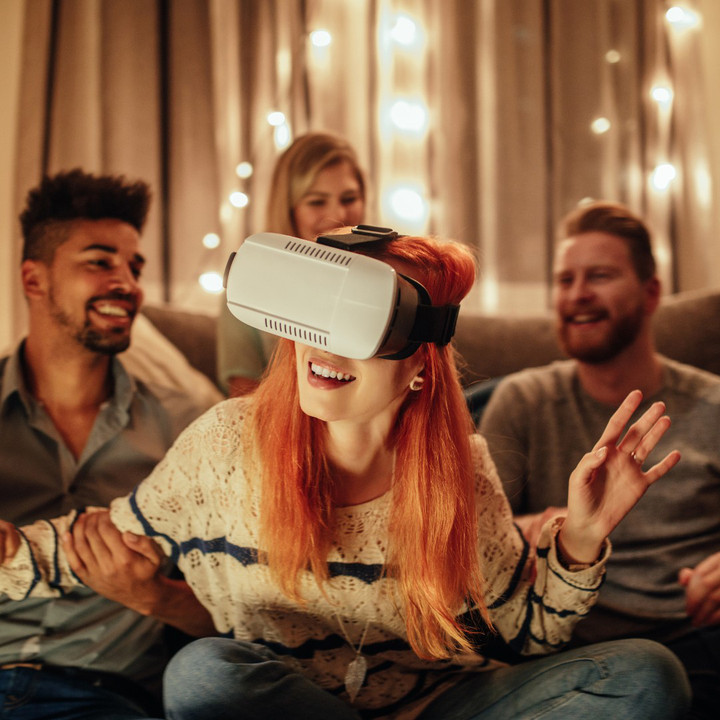 The 2020 holiday season is going to be monumental for gaming

The 2020 holiday season is going to be monumental for gaming. Even with the ongoing coronavirus pandemic, nothing is going to stop the launch of the PlayStation 5 (PS5) and Xbox Series X (XSX).

So, for the gamers in your life this holiday season, these are the top gifts to buy.

For the hardcore console gamer: PlayStation 5

The PlayStation 4 was the most popular video game console of the prior generation, beating Xbox One sales by nearly 60 million units. Sony has done an excellent job of creating unique experiences, which explains the tremendous hype around the new PlayStation 5.

There are two units of the PS5 hitting store shelves. An all-digital edition for $400 and one that comes with a 4K Blu-ray drive for $500. We’d recommend going for the more expensive system.

Oddly, while the PlayStation 5, on paper, is slightly weaker in performance than the Xbox Series X, gamers are willing to overlook that because of the years of goodwill by Sony. Here are some games to consider:

Demon’s Souls, a remake of the PlayStation 3 title of the same name, is seeing a huge overhaul from Austin based studio Bluepoint. The studio has a track record of producing the best remakes in the industry, and Demon’s Souls is nothing short of stunning.

Spider-Man: Miles Morales, much like Demon’s Souls, isn’t a completely new game. It builds off of 2018’s excellent Spider-Man for PS4. Miles Morales isn’t a full-blown sequel to the 2018 title but isn’t a small five-to-ten hour expansion either. It sits somewhere in the middle.

Not since 2016 have PC gamers gone bananas for a new series of graphics cards. Many have been unwilling to part ways with their 10 series cards, which offered tremendous performance for the price.

While the 20 series was seen as too expensive, the 30 series has brought back that price to performance ratio.

Procuring either of these cards will be a challenge. Buying online has become a chore, thanks to high demand and bots that will quickly buy out the inventory and resell on eBay. Your best bet will be to go wait in line at a computer store, but definitely call ahead.

Video games and pilates rings are an odd pairing. But we’ll give it to Nintendo for pulling it off. Ring Fit Adventure is a full-blown RPG that utilizes the Nintendo Switch joy-cons along with a resistive pilates ring. Gamers will go through a suite of chest compresses, squats, and yoga poses to take down bad guys. After 20 minutes, expect a serious sweat.

For the gamer into interior decoration: PDP Pixel Pals

There’s something endearing about retro video game art. While Mario is now a lushly mustachioed plumber running through massive 3D spaces, in the 80s he was nothing more than an array of colored squares. 30 years later, those pixels have become an aesthetic.

PDP’s Pixel Pals are light up desk ornaments that can add a bit of retro flare to any room or office. With characters from Super Mario Bros, Street Fighter, Teenage Mutant Ninja Turtles, and even Spongebob, there’s something that would make the perfect gift for any gamer.

There have been a few retro mini consoles in the last few years. From the good, like the NES and SNES Classic editions, to the bad, like the PlayStation Classic. But the best so far has been the Sega Genesis Mini.

Sega did a tremendous job bringing back the Genesis. Included are 40 games, from Sonic to Golden Axe, as well as the Japanese variants. A lot of attention was poured into making the experience a pure nostalgia trip. And for that, it’s definitely worth a purchase.

For the gamer who likes to read: Console Wars

You may have seen the trailers for CBS All Access’ new documentary Console Wars. Before it was a documentary, it was a thoroughly reported book by author Blake J. Harris.

Following the perspective of Sega of America president Tom Kilinske, it’s a true underdog story of a bunch of scrappy salesmen and marketers taking on the house of Mario. The twists and turns make it an enthralling read.

The first two Tony Hawk’s Pro Skater titles are still some of the highest-rated games in existence. Unfortunately, both titles have aged from their humble PS1 roots. Luckily, Activision has brought us a full remake of the original games that does a tremendous job of capturing the essence of the jagged pixels from the late 90s while also infusing it with modern touches.

The Last of Us Part II is a brutally violent and depressing game. It’s also one of the best games to come out this console generation. A PlayStation 4 exclusive, in this game you play as Ellie, a girl who’s angry and will not stop until she accomplishes her goal. We’re being intentionally cryptic because the story is worth experiencing without spoilers.

Retro games are awesome. The problem is that these old systems look blurry on new televisions. That’s where the mClassic comes in. It takes the signal coming out of a PlayStation 2 or Nintendo 64 and upscales it to 1440p. If you know anyone that still plays their old systems, then this is a must-have accessory.

Snow day streaming: 7 movies to watch when you’re stuck inside this winter

Everybody loves a snow day. Stress-free, with nothing to do ...