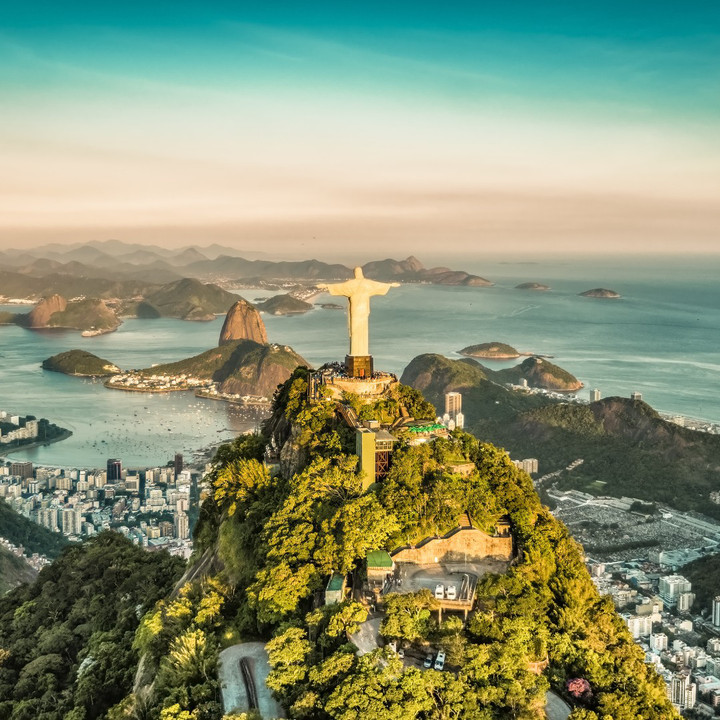 While Argentina, Brazil, and Mexico have emerged as the epicenters of the Latin American film industry, amazing movies are being made all across South and Central America. To celebrate Hispanic Heritage Month, we’ve highlighted seven diverse films to stream and enjoy, each from a different country and culture and all made within the last ten years. Thinking of one we may have missed? Let us know which — and what you think about the following — @DIRECTV.

Translating as “The Last Rafter,” this film premiered at the 2020 Miami Film Festival and tells the story of a Cuban man who risks his life crossing the Florida Straits to try and find his father. Navigating the harsh journey and difficult realities of new immigrant life, he experiences racism, homelessness, and other injustices as he finds his way amidst Miami’s Cuban community. “Mining rich detail from their own experiences finding a footing in the United States,” Remezcla says, “filmmakers Carlos Rafael Betancourt and Oscar Ernesto Ortega have crafted a powerful film that is at once personal and strikingly timely.”

“The Wolves” follows Lucia, a single mother, and her two sons as they move to start a new life in Albuquerque, N.M. The second semi-autobiographical feature for director Samuel Kishi, the heart of the story lands between the two brothers, who listen to recordings of their mother’s voice telling tales and doling out discipline alongside English lessons. Amid the hardships of immigrant life and single parenthood, the boys share an all-American dream of making it to Disneyland — and whether or not that comes to be, the film’s “absence of blame, and the careful balance between childlike wonder and adult pragmatism, makes [it] feel like an act not just of remembrance, but of steadfast love and gratitude.”

After the death of their grandparents, three siblings reunite in the Dominican Republic to settle their affairs, clean out their home and say goodbye to their last connection to their roots. Named for a phrase that translates as “one of my own,” “through the film, Dominican-American writer-director Diana Peralta dives into a personal exploration of conflicted Latinx identity that seeks to honor the greatest qualities of her family’s homeland — while also trying to understand how it’s perceived by those with ties to it, but born and raised elsewhere.”

Hailed as “understated and emotionally intelligent” by the Hollywood Reporter, “The Awakening of the Ants” — Costa Rica’s 2019 Oscar Entry for Best International Feature Film — looks at the life of a mother on the edge. Pressured by her husband and family to have a third child that she doesn’t want, Isabel (Daniela Valenciano) struggles to cope between keeping up appearances and how she really feels, as well as the line between fantasy and reality.

In a film that asks, “How does someone move on with their life when so much of their past is left unresolved?”, “Our Mothers” explores the lasting emotional impact and intergenerational trauma left by Guatemala’s Civil War. Written and directed by César Diaz, who took home a Caméra d’Or Award at Cannes for best first feature film, it centers on the modern-day trial of the military officers who started the war, alongside an anthropologist searching for those who went missing during those dark, turbulent years. “Powerfully grounding this historical [tragedy] in a family drama,” Remezcla says “the Belgian-Guatemalan director’s film offers a chilly portrait of a country left numbed by violence and silence.”

With a 98% Certified Fresh rating on Rotten Tomatoes, “The Heiresses” was an immediate hit among critics and audiences alike. Paraguay’s 2018 Oscar submission, and a skillfully-acted character study, the film tells the story of two aging women who are suddenly living beyond their means after enjoying a life of family money. Once a high-society couple, one ends up in prison for fraud while the other must fend for herself, finding work as a driver for other wealthy ladies her age. And when she unexpectedly picks up and connects with a fiery younger woman, her life begins to unravel all the more.

A movie with another 99% Certified Fresh Rotten Tomato rating, and another story of a woman of a certain age, “Gloria” follows an aging divorcee as she rediscovers herself and her passion for life. Beautifully directed by Sebastián Lelio (“Disobedience,” “A Fantastic Woman”), “the film’s pulse comes in many ways from [Paulina] Garcia’s brave and beautiful central performance” as she begins an intense affair with a man she met at a dance club. Ultimately, “Whether you appreciate Gloria as a portrait of a vital woman, muddling through life’s middle chapters, or as an allegory of Chilean resilience, the message is the same: Let’s face the music and dance.”