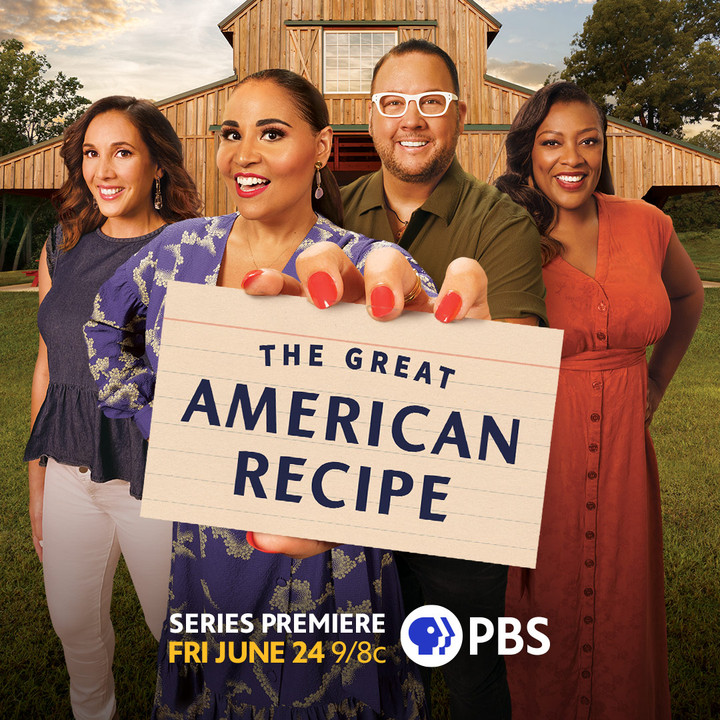 Forget the celebrity chef showdown, PBS is redefining the cooking show with an uplifting touch and a penchant for home cooking and the stories food can tell. The Great American Recipe adds new flavor to the typical cooking competition with a focus on showcasing the diverse backgrounds, cultures and recipes that make America the ultimate melting pot. Bringing in some well-known professionals to lend their insights, critique and judgement, The Great American Recipe is poised to stir up everything we know about reality food shows.

The Great American Recipe premieres on June 24 at 9 p.m. EST and will continue to air new episodes on Fridays through August 12.

What Sets It Apart

The eight-part series is not your typical cooking competition for several reasons. First, it’s not filled with cutthroat rivalry. Billed as “uplifting” the contestants will be showcasing their beloved recipes and their personal stories rather than trying to simply beat down their fellow competitors. Second, rather than vying for a prize money or a cushy job, the winner of The Great American Recipe will get their dish published as the cover of the forthcoming hardcover “The Great American Recipe Cookbook,” which will contain the recipes and stories from those involved in the show.

The Host and Judges

Although the home cooks are yet to share their stories on a major scale, the host and judges have lengthy resumes of contributions to the food world. The show’s host, Alejandra Ramos is a food & lifestyle contributor to the TODAY Show, a writer and trained chef known for her over the top ideas and personality. The judges are Chef Tiffany Derry, a hospitality professional, restaurateur and entrepreneur; Chef Leah Cohen, an award-winning chef and New York City restauranteur (Pig & Khao); and Chef Graham Elliot,  MasterChef and Top Chef judge and Michelin star-rated chef.

Infusing regional flavors with their cultural backgrounds, the contestants represent a diverse range of home cooking that spans all areas of the country. From Southern soul and Mid-Western comfort to Italian staples and Filipino favorites, Bambi, Brian, Christina, Dan, Foo, Irma, Nikki, Robin, Silvia, and Tony will all get a chance to tell their stories with their food.

Catch The Great American Recipe on PBS Fridays starting on June 24 at 9 p.m. ET through August 12. Check your local PBS listings to find out channel information for your area.

Looking for something else to watch? Our June Watch Guide will help you decide what to put on next.