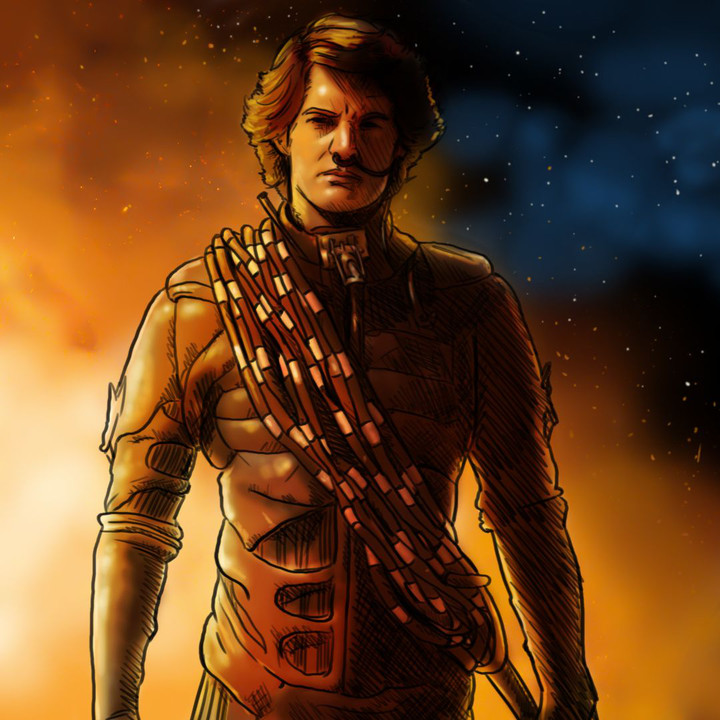 Get to Know Herbert’s Classic Dune Before the Reboot

The “Dune” universe is a sprawling, massive science-fiction franchise that began all the way back in 1965 with Frank Herbert’s bestselling novel. And even though its cinematic adaptation did not become the worldwide phenomenon that its contemporaries “Star Wars” and “Star Trek” did, the epic has a dedicated fan base.

David Lynch‘s 1984 film features some of the biggest stars of the era, including the then-newcomer Kyle MacLachlan (“Twin Peaks”), Patrick Stewart (“Star Trek: The Next Generation”), and even musician Sting. Over the years, it has amassed a cult following, and several studios have attempted to remake the film. Now, thirty-six years after the original debut, a modern, star-studded reboot is headed to theaters, brought to you by director Denis Villeneuve.

With “Dune” coming out later this year, it’s the perfect time to recall its plot lines and characters. Who knows, the Hollywood remake could very well be your favorite sci-fi flick of the new decade.

“Dune” takes place in the far-off future, in a universe where a spice called melange is a precious, sought-after commodity. The only location it can be found in abundance is on the desert planet of Arrakis, which is teeming with deadly sandworms waiting to gobble up anyone who dares trespass.

Each planet in the galactic empire vies for control of Arrakis. Most of the story revolves around the great House Atreides, specifically Paul Atreides and his father Duke Leto. Leto is assigned control over planet Arrakis, thus stirring up a rivalry between House Atreides and House Harkonnen, lead by the villainous Baron Harkonnen. Lynch‘s “Dune” captures Paul Atreides’ efforts to avenge his House and his father.

True, “Dune” may be a bit more difficult to follow than “Star Wars,” but that doesn’t mean it’s not worth experiencing. “Dune” is a rich sci-fi landscape with beautiful writing and strong thematic content. The first “Dune” film only represents a small slice of the bigger picture, and while Lynch’s rendition covers a big chunk of the lore, there’s plenty more to discover. With any luck, the new film will take the original to a whole new level.

Villeneuve‘s “Dune” is sure to be a much different affair than Lynch‘s version. Villeneuve, who famously directed “Blade Runner 2049″, strays from the cult classic, offering something of an alternative adaptation of Herbert’s first sci-fi novel in the series.

So far, it’s been confirmed that Timothée Chalamet will take on the major role of protagonist Paul Atreides, with Oscar Isaac appearing as his father, Duke Leo Atreides. Lady Jessica, Paul’s mother, will be portrayed by Rebecca Ferguson. These names already form an impressive list, but the supporting cast is also a who’s who list of Hollywood elite that moviegoers will no doubt appreciate.

For instance, Stellan Skarsgard will portray the villainous Vladimir Harkonnen, with Dave Bautista as his sadistic nephew Glossu Rabban. Meanwhile, Javier Bardem will take on the role of Stilgar, with “Euphoria‘s” Zendaya stepping in as a love interest for Paul Atreides by the name of Chani. Finally, Josh Brolin will appear as Gurney Halleck, a loyal Atreides warrior.

Jason Momoa will also appear as Duncan Idaho, who serves under Paul’s father Duke Leto as the Swordmaster of the Ginaz, an influential figure both to Leto himself as well as Paul. There’s a veritable smorgasbord of unique personalities here, culled from successful television shows and movies. While of course that doesn’t guarantee the film will be a smashing success, it certainly does improve the chances.

While the “Dune” reboot is not the only attempt to re-adapt a text, if you will, it is perhaps the most costly in recent memory. With that in mind, the release of Villeneuve‘s feature merits all of the hype of, say, a new “Star Wars.” But, we have yet to see a teaser trailer.

Check back for more updates on “Dune” as we edge closer to the release date.