Blonde, rich, and arrogant, every one of the Lannisters (except Tyrion) could be the villain in a movie set at surf camp. Ever since Lann the Clever tricked his way into ownership of Casterly Rock, this family either buys, lies, or bullies their way into getting what they want, as soon as they want it. Under Coach Tywin, House Lannister became the New England Patriots of Westeros: love them, hate them, or hate to love to hate them, they win. A lot.

The Lannisters outwit and outplay their enemies, but it remains to be seen whether the impulsive, reactive Cersei can outlast Daenerys Targaryen. Patience and subtlety have never been her strong suit, but they never needed to be: the greatest Lannister moments are about immediate, crushing dominance. Let’s revisit some of them. 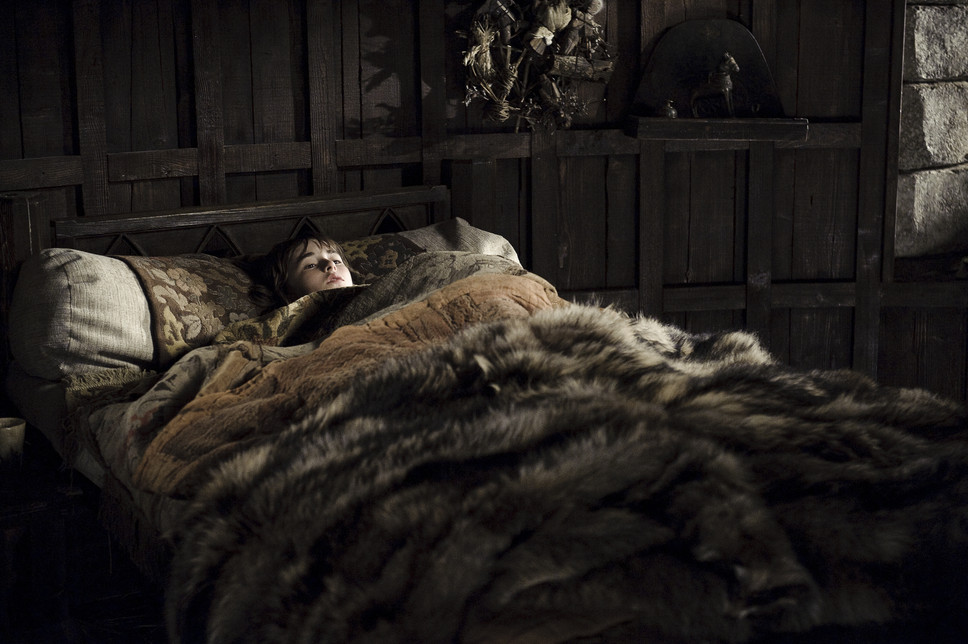 The Starks love each other, but the Lannisters love each other. When Bran Stark discovered Cersei and Jaime expressing something more than familial affection, Jaime barely hesitated to chuck a meltingly adorable eight-year-old out of a window. Our introduction to the real Lannisters doubled as an introduction to Game of Thrones: when Prince Charming took a break from sexual deviance to try to kill a kid, we knew we weren’t in Fantasyland anymore.

Lannister levels: 10 blonde jocks. Incest, casual cruelty, and a pithy remark: The things I do for love.

Gamesmanship: 1 throne. Kicked off a chain of events that eventually led to a lot of dead Lannisters.

9. Hand of the Kingslayer

Jaime Lannister lost battles, but he never lost confidence—until the bandit-sellsword Locke chopped his sword hand clean off. Even as a prisoner, Jaime arrogantly assumed that his family’s status would keep him safe, but he didn’t realize he was dealing with a loose cannon. Like a true Lannister, he bet on a bribe…and lost big time. But losing his hand allowed him, eventually, to gain some perspective.

Lannister levels: 2 ruby-studded lion heads. Jaime took a big L that nudged him down the path to humility and an honorable existence. However, he did acquire a tacky, ostentatious accessory. Very on-brand.

Gamesmanship: 3 thrones. He lived to (clumsily) fight another day. 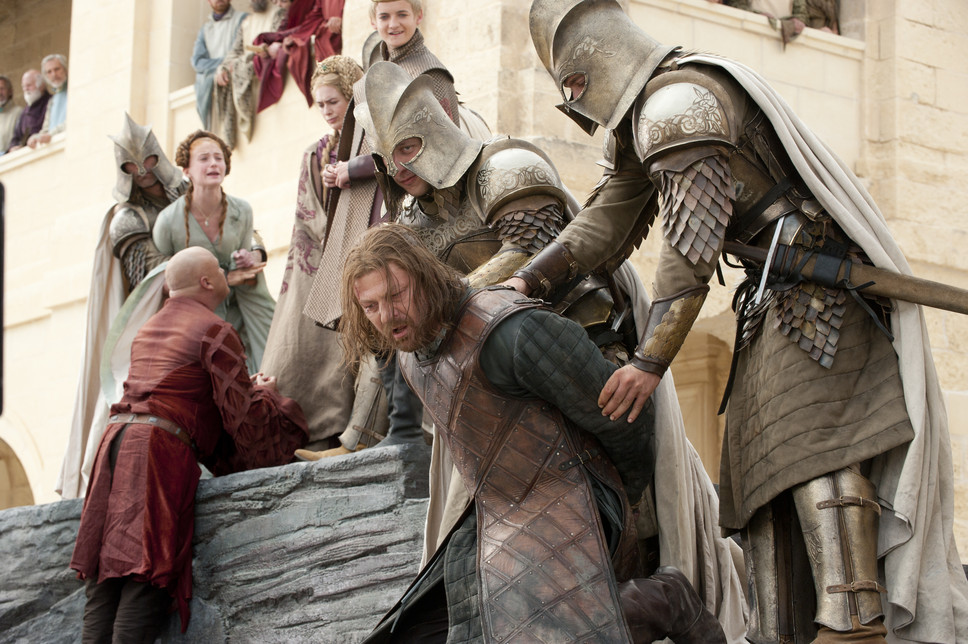 King Joffrey, Cersei’s firstborn, existed to answer the question: what would happen if you gave a YouTube star absolute power and a crossbow? Petulant, hormonal, and murderous, Joffrey’s depravity was matched only by his immaturity. His motive for beheading Ned seemed to be a tie between “I want to see that” and “don’t tell me what to do,” but the consequences were far weightier. Sansa’s courtly fantasies were now well and truly dead—and so were ours.

Gamesmanship: 1 throne. Joffrey’s sadism and lack of impulse control also made Robb Stark rebel, kicking off the War of the Five Kings.

The Sept of Baelor went up flames, and the Tyrells, the Sparrows, and a number of key plotlines came to an abrupt end. The High Sparrow’s political and religious influence posed a serious threat to Cersei’s reign, and he had to be removed for the Lannisters to retain power. Ultimately, though, it was pure revenge. Cersei never forgave the High Septon for her humiliating Walk of Shame (Shame. Shame), and didn’t care how much collateral damage it would cause to wipe him off the map.

Lannister levels: 8 breakfast wines. Cersei is a true lioness: most dangerous when backed into a corner.

Gamesmanship: 4 thrones. It looked like a power move, but Cersei’s flex pushed lovestruck teen Tommen to swan-dive from the Red Keep, extinguishing the “Baratheon” line that propped up the Lannisters’ claim to the throne.

When Joffrey’s murdered at his own wedding feast, Tyrion becomes the only suspect, and his trial becomes a cauldron bubbling over with years of Lannister-on-Lannister resentment. It all comes to a head when Cersei brings out her star witness.

Shae takes the stand and unilaterally condemns her former lover. But it’s all lies, and this betrayal, orchestrated by his sister and father, is a bridge too far. He erupts in a fiery, Emmy-winning speech about the ungrateful, wretched inhabitants of King’s Landing, including his nephew: I did not kill Joffrey, but I wish that I had. To cap it off, Tyrion demands a trial by combat—it worked at the Vale, the last time he was accused of child murder. This time…well, see below.

Lannister levels: 10 paid debts. Game of Thrones mixes petty family squabbling with political intrigue like no other show, and Tyrion’s trial brought out the most Lannister traits possible: Cersei’s shortsighted rage spurred by legitimate love of her children, Tywin’s detached confidence that none of this was a very big deal, Jaime’s willingness to stick his neck our for his brother, and Tyrion’s vexation at being thrown in the middle of it all.

Gamesmanship: -99 thrones. Whether or not Cersei believed her own accusations, the sham trial splintered her family and led to the death of the real most powerful man in Westeros, Tywin Lannister. The repercussions continued through their terse family reunion in season seven, and don’t show any signs of letting up this season. 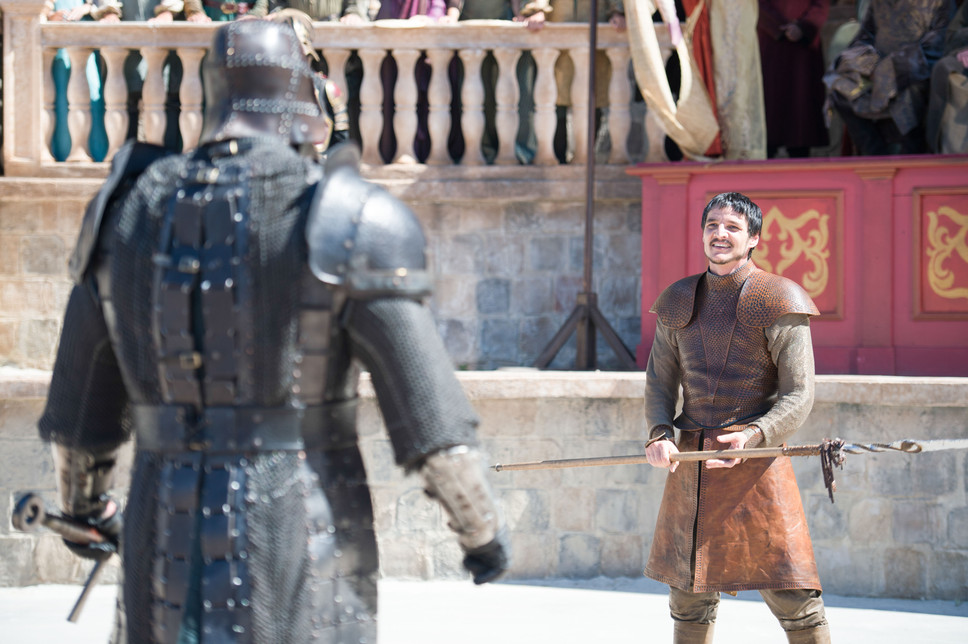 Trial by combat is a beloved Lannister tactic. Why risk an unfavorable judgment when you can fight your way out—or pay someone who can? For the trial of her hated brother Tyrion, Cersei went all-out, putting Gregor “The Mountain” Clegane up against Tyrion’s champion, Oberyn “The Red Viper” Martell. The Lannister vs. Lannister showdown-by-proxy was one of Thrones’ fiercest battles. Oberyn put on a good show, but style was no match for pure Lannister-sanctioned brutality.

Lannister levels: 9 burned villages. This was a family affair.

Gamesmanship: No rating. Since multiple Lannisters had something to lose or gain, the victory and defeat canceled each other out. 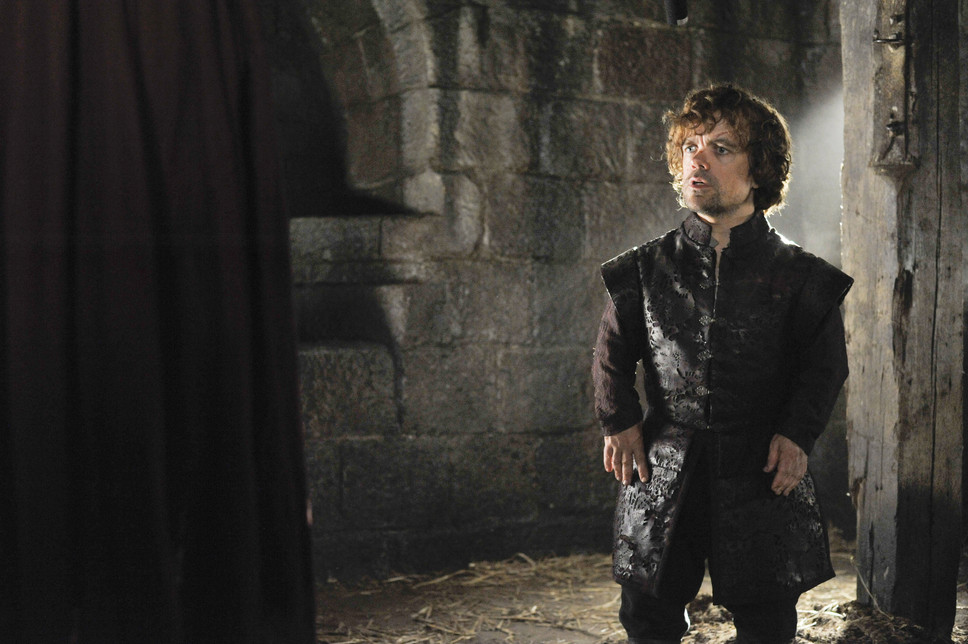 Tyrion Lannister stands apart from—or rather, is shoved away by—his family, but he’s still a Lannister. A tortured, conflicted, and constantly underestimated Lannister, to be sure, but Tyrion always finds a way to turn weaknesses into strengths. For instance, Stannis Baratheon underestimated him, only to be trapped in Blackwater Bay as his entire fleet went up in wildfire. Tyrion’s plan was pure Lannister.

Lannister levels: 6 knives to the back. Tyrion’s tricky battle plan was a classic, but (as usual) it went unappreciated. 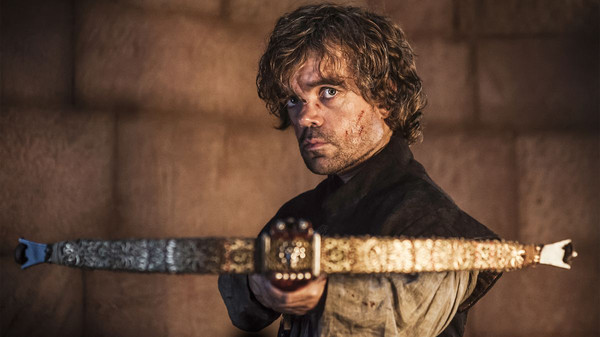 3. Tyrion kills Tywin on the Toilet

If Tywin, Cersei, and Jaime are all bullies, Tyrion is the outcast. Tyrion’s tempestuous relationship with his father gave us some of the show’s most emotional scenes. His revenge was well-earned, even if he didn’t exactly have a plan for what happened afterward.

Gamesmanship: 5 thrones. Tyrion escaped execution, but in so doing he severed every remaining connection to his powerful family. 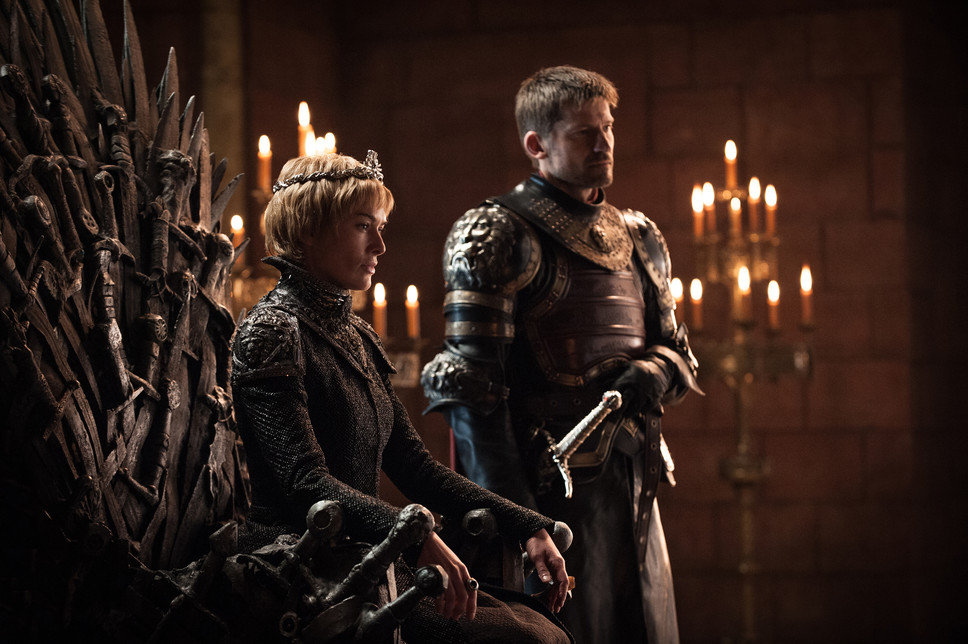 As soon as Tommen’s body cooled off, Cersei rounded up everyone in the Red Keep that she hadn’t murdered yet and made them watch as she ascended the Iron Throne. When the crown hit her golden head, it was like watching Darth Vader’s mask click into place. But was it worth seeing her father and her three children killed, plus the lives of thousands more caught in the crossfire? Just kidding; Cersei definitely does not care about that last part.

Lannister levels: 9 birdbrained products of incest. Winning, along with probable genetic disorders, is in their blood.

Gamesmanship: 10 thrones. When you play the game of thrones, you win or you die. She won. 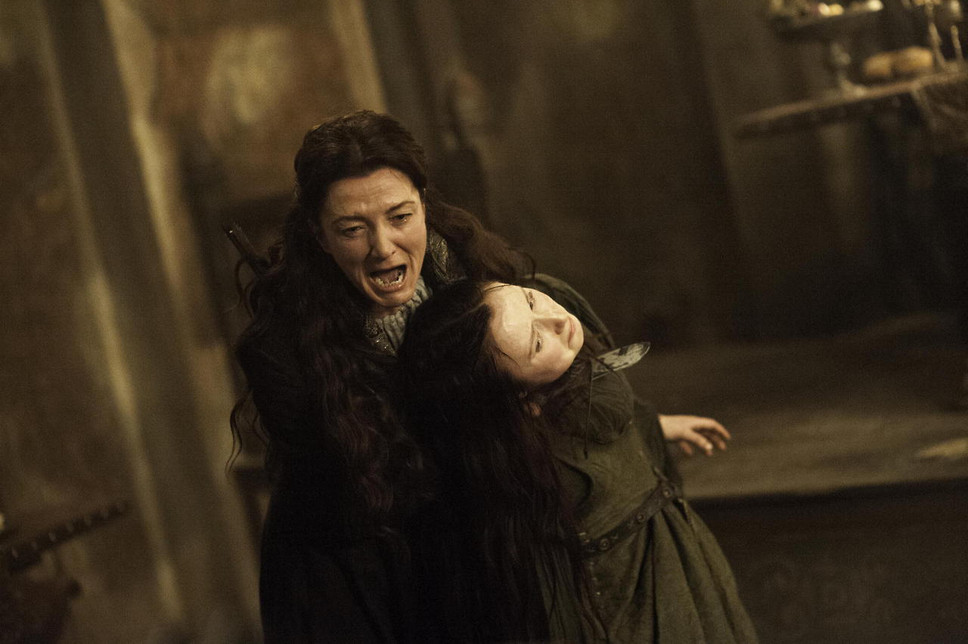 A low moment for the Starks is, fittingly, a Lannister triumph. No Lannisters were present at the Red Wedding, but a spooky rendition of “The Rains of Castamere” put them there in spirit. Tywin supplied arms, money, and motive from afar, orchestrating the show’s most tragic moment without getting an actual speck of blood on his hands. It was the perfect crime.

Lannister levels: 10 insubordinate houses extinguished. There’s a song about this…

Casterly Rock’s mines may have run dry, but the eighth and final season promises a mother lode of Lannister action. Catch it all on Game of Thrones, airing Sundays on HBO, available on DIRECTV.