Even in Game of Thrones, people just can’t stop predicting what’ll happen on Game of Thrones. Since the emergence of red priestess Melisandre in season two, the show has featured an undercurrent of prophecy. And in subsequent seasons, as the show’s supernatural forces grow even stronger, it’s worth examining whether anyone knows what they’re talking about. Let’s dive into the all the signs and portents of the show’s prophecies.

Central to Melisandre’s faith (R’hllorism, if you can pronounce that) is the belief that there is a coming war between light and darkness, and that the Lord of Light will choose a champion to defeat the forces of evil: “The Prince who was Promised.” She’s traveled to the ends of the earth and back in search of this hero, mankind’s only chance to stop the oncoming darkness. To understand why, let’s go back to the last time a darkness covered the land…

In Westerosi legend, the Long Night was a winter that lasted a generation. Children were born, grew into adulthood, and died without ever seeing the spring, or even the light of day. According to Bran’s caretaker Old Nan, the Long Night came about when the White Walkers arrived from the Land of Always Winter, resurrecting dead horses to ride, just as they raised the dead to fight in their army. Sound familiar?

Nobody really knows what ended the Long Night. In the North, they believe it was an ancient Stark ancestor who defeated the Walkers and raised the Wall, fortifying it with ancient spells that would keep them at bay.

Far across the world, at the easternmost edge of Essos, they tell a different story. A legend of Asshai (Melissandre’s hometown) tells that an ancient hero named Azor Ahai led the fight against the darkness. He wielded the flaming sword Lightbringer to defeat the forces of evil—which some interpret to mean that he defeated the White Walkers during the Long Night. The followers of R’hllor now prophesy his return. The one who comes to claim the mantle of Azor Ahai reborn is the Prince who was Promised.

Since she was born there, there’s no doubt Melisandre had heard the legend even before dedicating her life to serving the Red God. At some point in her life, she had a vision of the Prince who was Promised surfacing at Dragonstone—which, at the beginning of our story, was Stannis Baratheon’s seat. Of course, Stannis met an early end fighting the Boltons at Winterfell, but not before Melisandre sensed all was lost and abandoned him. Her visions—or at least, her initial interpretation of them—were wrong, and her faith was shaken.

But when Melisandre fled to Castle Black, she found a new opportunity in Jon Snow. She’d always had an inkling that Jon was more than some Northern bastard, and when she miraculously resurrected him from the dead, it confirmed her suspicions. When she stared into the flames, was it actually Jon Snow she saw walking the battlements at Winterfell and leading the fight against the White Walkers? The Red Woman sure thought so, declaring Jon the new Prince that was Promised.

In season seven, Melisandre returned to Dragonstone, seeking an audience with its new occupant, Daenerys Targaryen (who, by the way, was born there. Hmm.). There, Missandei added a new wrinkle to the prophecy: in High Valyrian, the word for “prince” is gender-neutral, so it could actually be the Prince or Princess that was Promised. Doesn’t have quite the same flow. Has Melisandre finally found the one she’s been looking for, or is Dany just the latest stop on a journey of spiritual opportunism?

Muddying the waters further: Jon’s real dad Rhaegar Targaryen was also prophecy-obsessed, and believed at various points that either he or his son was the Prince that was Promised. Maybe he was on to something. So it could be Jon, it could be Daenerys, or it could be someone Melisandre never considered. What about Bran Stark [LINK], with his ever-expanding metaphysical powers? What about Jorah Mormont, who surprisingly fits the bill? What about the kitten Ser Pounce?

The most likely scenario is that Azor Ahai was never just one person, and the Prince that was Promised won’t be, either. It’ll take a group effort to defeat the White Walkers, and with Jon officially teamed up and then some with Dany, it looks like at least two of the prime candidates will lead the war against the darkness. But hey, it could turn out to be Hot Pie, for all we know.

Bonus Mini-Prophecy: When we last saw Melissandre, she spoke with Varys, warning him that they’d both die in Westeros. She’s not the most reliable soothsayer, but she is, like, 500 years old, and Varys is hanging around Winterfell waiting for the Army of the Dead to come, so it’s not so far-fetched. 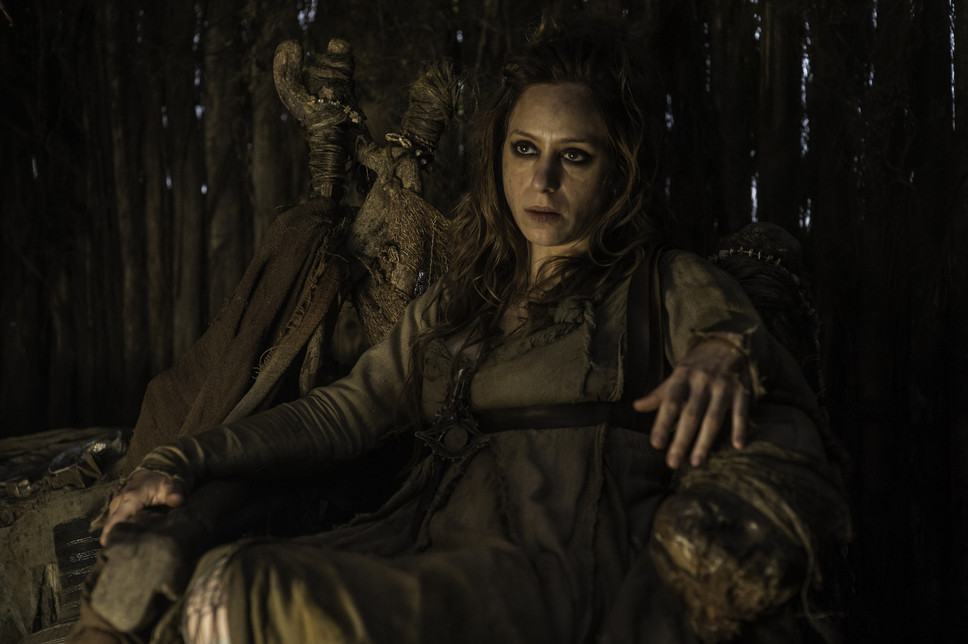 In the very first scene of season five, we learned that Cersei Lannister [LINK: Cersei Trailer] is also obsessed with prophecy. As a young girl, she ventured into a forest near Casterly Rock and stumbled upon a woods witch’s hut. There, the witch, known to locals as Maggy the Frog, told Cersei her future: She would marry the king (check). They’d have children—20 for him, three for her (check). Gold would be their crowns (blonde hair, check), and gold would be their shrouds (well, if there’d been anything left of Tommen, he would’ve been wrapped in Lannister colors like Joffrey and Myrcella so…check). Finally, a younger, more beautiful queen will someday appear to cast Cersei down and take everything she holds dear. (More on that later.)

It would seem Maggy was spot-on. But it’s worth asking what role Cersei played in all this. Had she raised Joffrey to be 10% less of a psychopath, he may not have ordered Ned Stark’s execution and sparked the War of the Five Kings, or been the kind of sniveling brat that half the realm wanted to poison. If she hadn’t been so antagonistic towards her brother Tyrion, he wouldn’t have been a plausible suspect in Joffrey’s murder, and Oberyn Martell may never have had to defend him in a trial by combat. If Oberyn stays alive, his paramour Ellaria Sand doesn’t retaliate for his death by poisoning Myrcella. (Which, by the way, Oberyn died in a trial by combat, and you “avenge” him by killing the rest of his family? Only in Dorne.) Finally, Cersei’s directly responsible for Tommen’s death, considering she murdered his wife and all his in-laws in cold blood and left him with only Gregor Clegane’s incredibly tall undead shoulder to cry on.

As for the younger, more beautiful queen, it’s less cut and dried. Suspect 1 is Sansa Stark, who was for a time engaged to Joffrey. Then the wily, confident Margaery Tyrell came along, and the rose of Highgarden becoming an immediate thorn in Cersei’s side. Problem solved at the former Great Sept of Baelor, right? Well, not exactly. There’s still the matter of a certain Mother of Dragons, whose plans to cast Cersei down and take everything she holds dear are just temporarily on ice.

Cersei’s short-sightedness has had profound implications for all of Westeros, plunging entire regions into chaos and manufacturing a power vacuum that she was only too eager to fill. And last season, it cost her the person who arguably loved her the most as Jaime finally realized she was Cersei Lannister and decided, “you know what, I’d rather go fight the actual Night King than spend another minute with this ice queen.”

Visions of the Future

Bran Stark has experienced multiple visions of a dragon flying over King’s Landing. Now, it’s very likely that could have been a vision from 200 years ago, when dragons flew over King’s Landing all the time, or a glimpse into season seven, when dragons flew over the capital once again. Or…could it represent Daenerys returning to the city and taking the Iron Throne with fire and blood, assuming the whole Prince(ss) that Was Promised prophecy came true and she’s managed to dispatch the Night King (see, it all comes full circle)?

Prophecy is a sword without a hilt—there’s no safe way to use it. And Thrones has never been easy to predict (admit it, you did not see Ned Stark’s death coming. Or Robb’s. Or Cat’s. Or Joffrey’s. Or Jon’s. Or _____). But with the series coming to its epic conclusion, we’re bound to start seeing some resolutions to these metaphysical guessing games. How will it all shake out? Will Azor Ahai reborn defeat the darkness? Will Hot Pie bake a crust flakier than Theon Greyjoy? Tune into the final season of Game of Thrones via HBO and DIRECTV to find out.