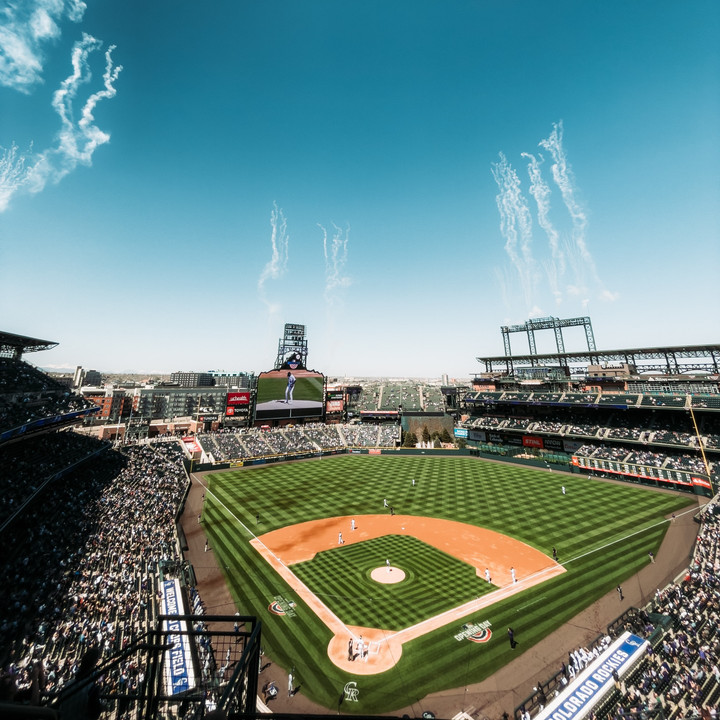 Nothing more American than baseball and apple pie, right? When you’re not watching the quintessential 4th of July baseball game or outside barbecuing, take a break to watch one of these fan favorites about our national pastime.

If you build it, he will come. When an Iowa farmer and baseball fan (Kevin Costner) starts hearing these words and visualizes the late, great Ray Liotta as the legendary Shoeless Joe Jackson, he soon understands what he must do: build a baseball diamond in his cornfield where the ghosts of baseball greats can play, of course. With a surprisingly supportive wife and daughter (played by Amy Madigan and a tiny Gaby Hoffman), he’s able to bring the fantasy to life in this baseball fairytale favorite. James Earl Jones co-stars.

Before there was Field of Dreams, there was Bull Durham — widely considered to be one of the best sports movies of all time. Centered on a minor league team out of Durham, NC (and directed by former minor leaguer Ron Shelton), the story follows a veteran catcher (Kevin Costner) and baseball groupie (Susan Sarandon) as they both work to shape rookie pitcher (Tim Robbins) into majors-material.

“A breakthrough film for all three of its stars and an Oscar nominee for Shelton’s highly quotable screenplay,” the Criterion Collection calls the movie — part baseball homage, part love story — “a freewheeling hymn to wisdom, experience, and America’s pastime, tipping its cap to all those who grind it out for love of the game.” Fun fact: Tim Robbins and Susan Sarandon, who were together for 23 years, met and fell in love during filming.

Based on the Oakland Athletics baseball team’s successful 2002 season and the following book by Michael Lewis, Moneyball looks at how general manager Billy Beane (Brad Pitt) and his assistant Peter Brand (Jonah Hill) used computer-generated analytics to build and draft a talented team of undervalued players. Nominated for six Academy Awards and named “one of the freshest and smartest sports movies in years” by Newsweek upon its release, this is one real baseball fans won’t want to miss. Philip Seymour Hoffman, Robin Wright and Chris Pratt co-star.

Looking for an baseball game to watch? Find your MLB team’s schedule for today and beyond.

This Jackie Robinson biopic, which stars Chadwick Boseman in the lead role, pays homage to the legendary player who changed the course of baseball history as the first African American to play in the Major Leagues. Drafted by Branch Rickey (Harrison Ford), owner the Brooklyn Dodgers, and facing a slew of adversaries and racist backlash, he forges forward to become the man and player still remembered as a national treasure. “The style of the film, lush and traditional, is nothing special,” Time Out observes, “but the takeaway, a daily struggle for dignity, is impossibly moving.”

“Being a baseball fan involves repeatedly experiencing exquisite pain and exquisite joy,” according to the Chicago Tribune. “There’s a lot of both in The Natural.‘ Based on Bernard Malamud’s 1952 novel of the same name, the film tells the story of Roy Hobbs (Robert Redford), a middle-aged unknown who returns to pro baseball after a 15-year hiatus to become one of the best players in the league. Variety calls it “an impeccably made, but quite strange, fable about success and failure in America…(and) Redford is perfectly cast as the wary, guarded Hobbs.” Glenn Close and Kim Basinger co-star alongside Robert Duvall.

Rent of buy The Natural.

The true story of a high school chemistry teacher and baseball coach-turned-pro at the age of 35, Disney’s “The Rookie” stars Dennis Quaid as the titular character. With long-forgotten dreams of joining the Major Leagues, he’s surprised to find out he’s still got a killer throw when his student players convince him to go for try-outs. The AV Club points out that, unlike other baseball blockbusters, this one “exhibits a refreshingly honest understanding of baseball as a job, with long road trips away from home and a workmanlike routine that rarely finds room for grand slams and perfect games” — but does make for a pretty perfect movie.

Rent or buy The Rookie now.

Back in 1993, The Hollywood Reporter called “The Sandlot” “a scruffy underdog yarn that will appeal not only to kids but also to their thirty- or forty-something parents” — and the same still holds true today. This coming-of-age movie about growing up and trying to fit in takes place over the course of one magical summer, when a crew of young boys get together to play what quickly becomes their favorite game. As much of a love letter to baseball as it is to youth, this enduring family favorite touches on all the right tropes of vintage Americana (it’s set in 1962) as well as friendship and childhood.

‘A League of Their Own’

No such list would be complete without mention of director Penny Marshall’s fan favorite “A League of Their Own.” Based on the real-life All-American Girls Professional Baseball League of the 1940s, the film follows two sisters (Geena Davis and Lori Petty) who get recruited to play for the Peaches, a rag-tag team of misfits managed by a former pro played by Tom Hanks. With even more star power from Madonna and Rosie O’Donnell in the wings, and an inspirational storyline that’s as funny and entertaining as it is moving, The Guardian says “this heartwarming tale of a women’s wartime baseball league stands the test of time.”

Watch A League of Their Own now.

Looking for more great movies and shows to watch this July? Check out our monthly watch guide to plan your screen time.