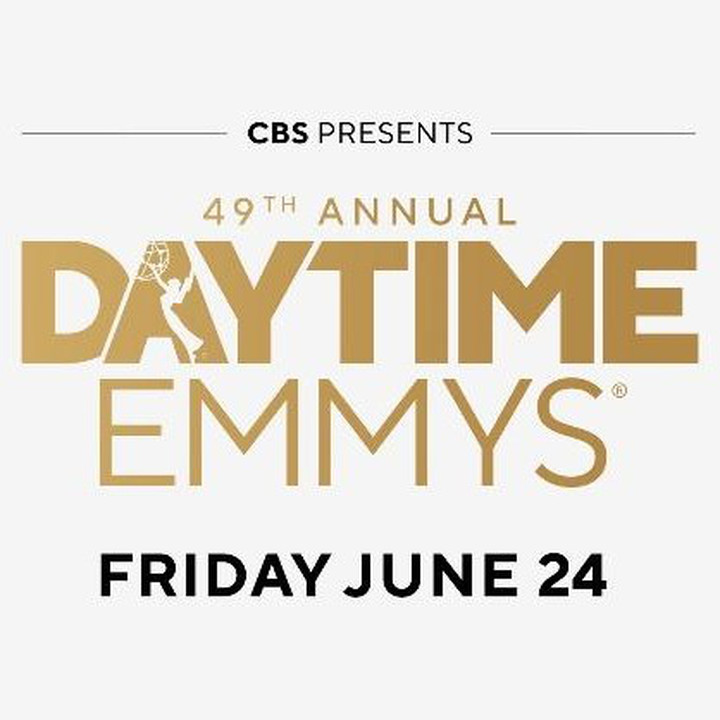 The Daytime Emmys are returning to CBS for the third straight year, with the show to air live on Friday, June 24, at 9 p.m. ET, and streaming live and on demand on Paramount Plus, said CBS and the National Academy of Television Arts & Sciences on April 26.

This will mark the 16th time the Daytime Emmys have aired on CBS, after the show – which honors network daytime, syndicated and online shows – went through several years of not being aired on a linear network.

The ceremony, which will be the first time it has been held live since 2019, will take place at the Pasadena Civic Center in Pasadena, Calif., with nominations announced May 5.

Emmy Award nominee or not. There are some great TV shows to watch this month. Find your new favorite in our May TV Guide.

Last year, New York City-based NATAS and the Los Angeles-based Television Academy said they were realigning the Daytime and Primetime Emmy Awards to be organized by content genre, as opposed to program airtime, which makes less sense in an environment dictated by streaming and on-demand programming.

This year will be the first time that children’s programming will be moved into its own ceremony – the Children’s and Family Emmy Awards.

The Daytime Emmys returned to broadcast in 2020, when the show aired on CBS with all hosts, presenters and recipients appearing on Zoom during the height of the pandemic lockdown. Before that, the Daytime Emmys hadn’t aired on a broadcast network since 2011, when it last ran on CBS. In 2012 and 2013, it aired on HLN and the show moved to Pop TV in 2015.

After that, the show moved to online streams on such platforms as YouTube, Facebook and KNEKT-TV. But with the quarantine causing the stoppage of all live-action production, broadcast networks needed content, which opened the door to the Daytime Emmys’ return to broadcast television.

Also on April 26, NATAS announced its Lifetime Achievement Honorees across all of its awards categories.

Technology entrepreneur and partner at JC2 Ventures Yvette Kanouff was awarded the lifetime achievement in television technology at the 73rd Annual Technology and Engineering Emmy Awards, which were held April 25 at the Wynn Encore in Las Vegas, concurrent with NAB.

Sportscaster Lesley Visser – who has worked on network broadcasts of the Final Four, the Super Bowl, the NBA Finals, the Olympics, the World Series, the Triple Crown, the World Figure Skating Championship and the U.S. Open Tennis tournament – will receive NATAS’ lifetime achievement in sports television at the 43rd Annual Sports Emmy Awards at New York City’s Lincoln Center on May 24.

TV show This Old House joins only two other TV programs – Sesame Street and 60 Minutes – to be awarded lifetime achievement awards from NATAS. This Old House will receive this honor at the 49th Annual Daytime Creative Arts and Lifestyle Emmys on Saturday, June 18 at the Pasadena Convention Center in Pasadena, Calif.

The following week, Days of Our Lives’ veteran John Aniston will be given his lifetime achievement award at the 49th Annual Daytime Emmys, also in Pasadena.

And finally, Reading Rainbow’s LeVar Burton will be awarded NATAS’ first-ever lifetime achievement award for children’s and family programming at the 1st Annual Children’s and Family Emmys on Dec. 11 at the Wilshire Ebell Theater in Los Angeles.

“We look forward to honoring this year’s unparalleled class of Lifetime Achievement honorees — each an icon in their craft — and couldn’t be more excited to award the first-ever Children’s & Family Emmys,” Sharp said in a statement. “After two years of virtual ceremonies, we’re overjoyed to once again be together, in-person, to celebrate the best of television.”

The 49th Annual Daytime Emmy Awards is produced by the National Academy of Television Arts and Sciences (NATAS) and Associated Television International, which produced the Daytime Emmys on The CW in 2009 and on CBS in 2010, 2011, 2020 and 2021. Adam Sharp and Steve Ulrich executive produce for NATAS, while David McKenzie executive produces for ATI.

This article was written by Paige Albiniak from Next TV and was legally licensed through the Industry Dive Content Marketplace. Please direct all licensing questions to legal@industrydive.com.

This promotion may be over, but it's not too late ...