The Hollywood legend may have just celebrated his 77th Birthday, but actor Danny DeVito has no plans for slowing down anytime soon. Plus, with this December marking 80 years of The Penguin/Oswald Cobblepot in DC Comics, DeVito’s interestingly close connection in age to this beloved villain is about to take on a whole new life.

“There is a little Oswald in me,” DeVito revealed exclusively to Forbes. “And then there’s Danny. I’m not a closed book, I’m pretty much an open book.” DeVito’s natural openness in his creative process comes most recently in the form of a new comic book tale called “Bird Cat Love” written by DeVito inside DC’s newly released Gotham City Villains Anniversary 100-page anthology. 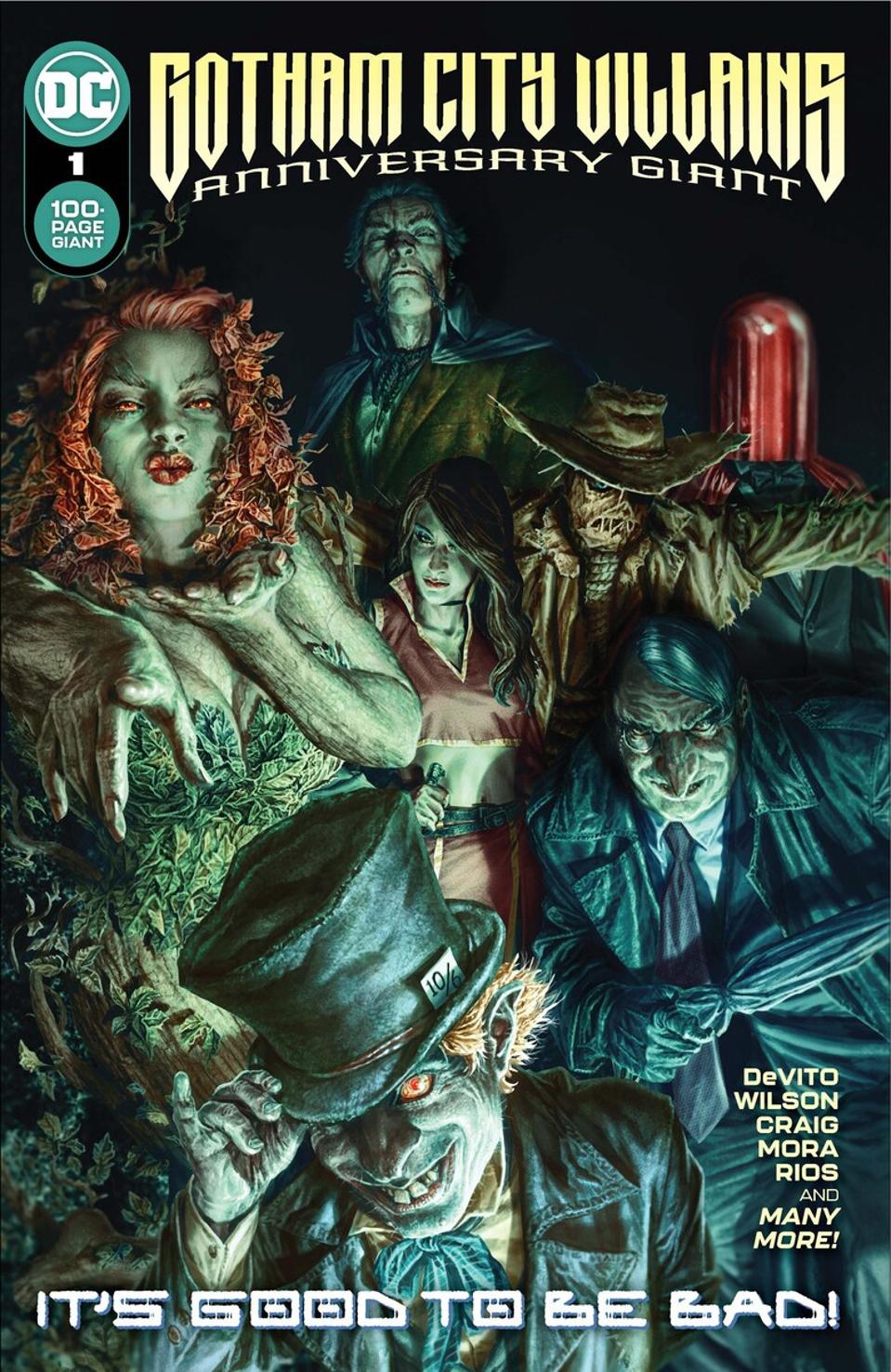 “I’m so excited about it. I’ve never done anything like that before but I’ve always been a big fan of DC. From the time I was a kid, I had giant collections of all kinds of comics. I love The Penguin, I love Oswald. And of course, doing the movie with Tim [Burton] was one of the highlights of my career. I love that character so much. It was thrust upon me at a time when I’ve always been in love with Catwoman. Not only Oswald being in love with Catwoman, but Danny being in love with Michelle Pfeiffer. I jumped on the opportunity and the first thing that came to mind was the romance. And then, it was in the middle of Covid and I said, Look at what love can do (laughs). I just applied it to the story and I sat down and in a few weeks, I had knocked out the whole idea and wrote it and they responded to it and to have Dan Mora to do the artwork, it’s so brilliant. His stuff is just so masterful. I feel blessed to be in that company and the way it turned out, I couldn’t be happier.” 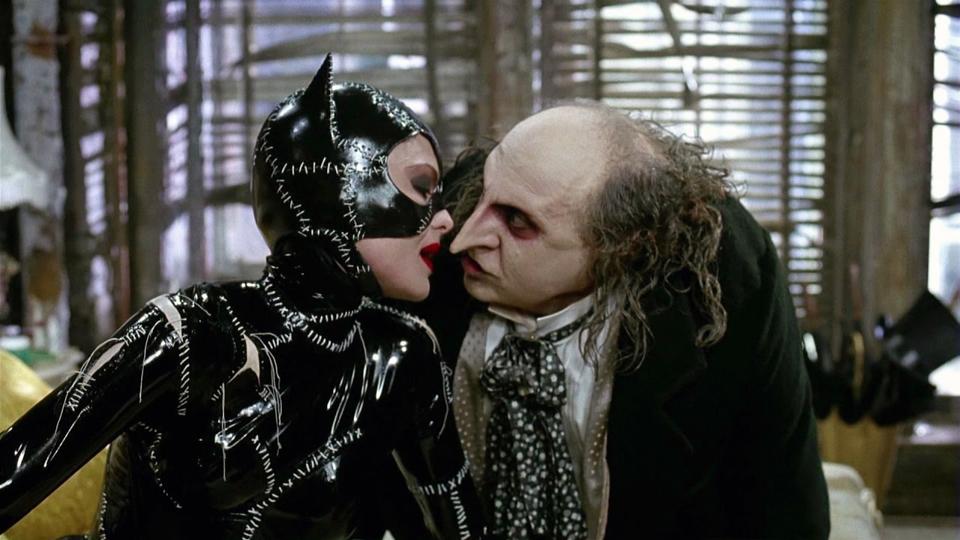 DeVito goes on to say he even made sure he had the “blessing” to write this Penguin/Catwoman romance from his good friend and 1992 Batman Returns co-star Michelle Pfeiffer. “I did call Michelle and tell her that I was doing it. I said, Look, it’s like my fantasy and it’s my dream come true to have an incredible romance with such a beautiful woman. Oswald, I’m talking about, and Selina. She was very excited to hear about it.”

With the highly anticipated release of The Batman starring Robert Pattinson and Zoë Kravitz arriving in theaters on March 4, 2022, I had to ask DeVito for his thoughts on Colin Farrell’s becoming Penguin in this latest cinematic adaptation. DeVito responded with, “I love Colin Farrell. He’s one of my favorite actors. I can’t wait!”

As DeVito’s Batman Returns will soon celebrate its 30th anniversary in 2022, his hit FX series It’s Always Sunny in Philadelphia has also reached its own milestone with the 15th season premiering on Dec. 1.

When speaking about the shenanigans DeVito’s character Frank Reynolds and his pals find themselves getting into this season, he says, “This year was off the charts! One of the best that we’ve had. The great thing about it is we get along so well — Rob and Charlie and Glenn and Kaitlin and I. They keep plugging away and coming out with good stories. This year, of course, we had so many subjects to deal with from interesting, crazy characters that inhabit our planet and situations like various concepts of human behavior. It was a very right time for writing and thinking and satirize what’s going on in the world.”

DeVito also thanks the FX Networks team, including John Landgraf, for supporting the show over the years. He also has a special message for the show’s loyal fans by saying, “I just think that they’re an inspiration. I thank them for being with us and being so responding. We’re going to have so much more fun and keep pushing the envelope. The more they respond to it in that way, the more it encourages us for our bad behavior. I never get tired of going to work. I love it.”

As for DeVito and his It’s Always Sunny team, does the series have an idea of when they will ultimately take a final bow? “No, you don’t want to do that because we all like to work. We all get a kick out of doing it. As long as everybody seems healthy and happy, we’ll do the show.”

While DeVito is fully open to bringing more and more Frank to our television screens in the future, he is also open and interested in reviving his beloved Oswald for the big screen these three decades later.

“I feel like it’s not out of the question that The Penguin will return someday, but this is all up to Tim, whether or not Tim wants to do this. I would say that could be in the cards because we ain’t dead yet (laughs). We could do a continuation of what we had in the past because that was truly a brilliant movie. They afforded me that opportunity and I feel very grateful and would I like to revisit it? Why not! It was a really great moment in time for me.”

With that thrilling confession now leaving us all in great anticipation of a future full of possibilities, one thing DeVito can promise to us right now is a sequel to his hit 1988 film Twins in the form of Triplets this time around, which he reveals to me that the project plans to start filming in mid-February 2022.

“I’ve kept in touch with Ivan [Reitman] and Arnold [Schwarzenegger] over the years and it’s going to be a joy. I can’t wait to do it. That’s a long time coming. We’re going to have some fun and we have Tracy Morgan also in it and I’m so excited about that.”

This article was written by Jeff Conway from Forbes and was legally licensed through the Industry Dive publisher network. Please direct all licensing questions to legal@industrydive.com.