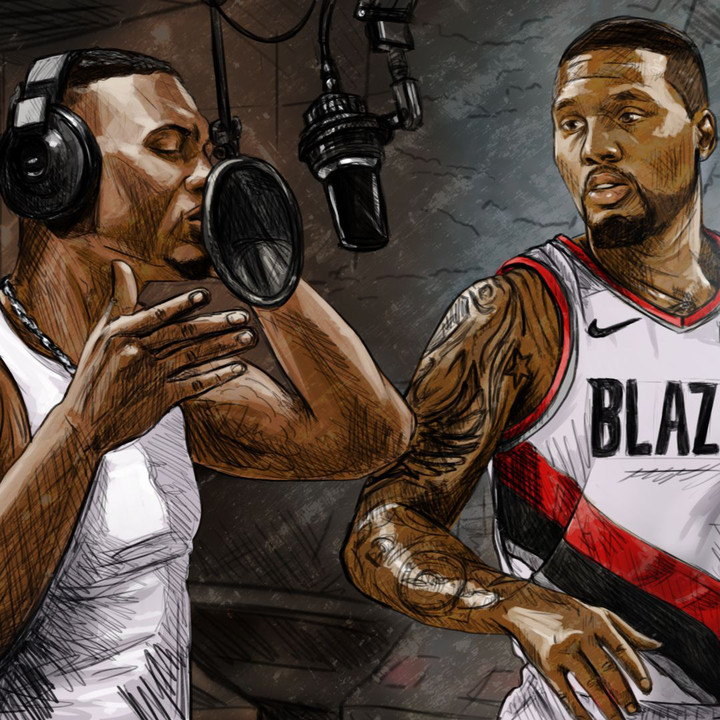 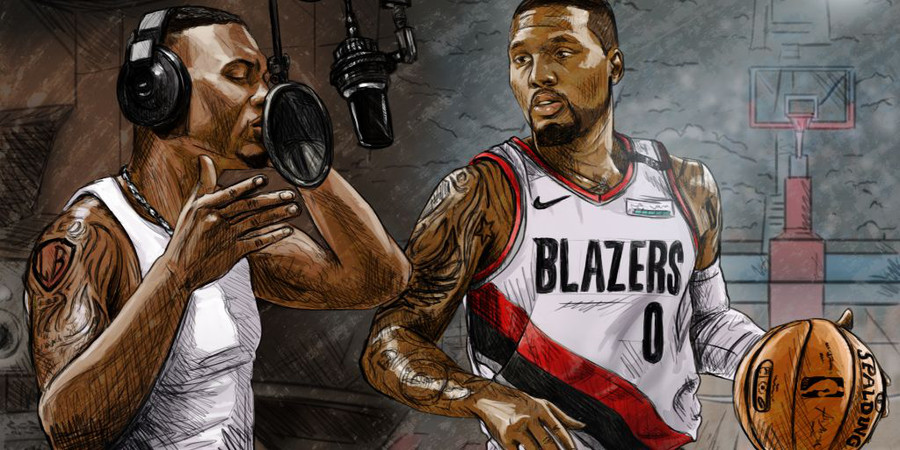 Damian Lillard does things differently. After being left for dead on a predicted lottery team following the departure of his teammate LaMarcus Aldridge, Lillard doubled down on his loyalty to the Trail Blazers and his adopted city of Portland. In so doing, he’s continued his ascent as one of the best players in the NBA and is now unquestionably one of the game’s standout leaders on a perpetually surprising Blazers team.

Lillard’s unshakable loyalty and irrepressible brilliance don’t stop on the basketball court. As his rap alter-ego Dame D.O.L.L.A., Lillard has released three well-received studio albums, including Big D.O.L.L.A., his latest. And while he hopes to spend the entirety of his NBA career in Oregon, when it comes to music, Lillard will always represent Brookfield, East Oakland, California.

Witness his latest music video. His childhood neighborhood takes center stage in the video for “Dre Grant,” which is inspired by a Brookfield resident of the same name and features Brookfield Duece, who also happens to be Lillard’s cousin.

The video is a deeply humanizing, No Reservations-style vignette into Brookfield and its people. Its glimpses of grassroots Oakland athletic culture are especially stirring in light of the upending of Oakland sports landscape. The Golden State Warriors left their home of 40-plus years for a glittering new arena in San Francisco, while the NFL’s Raiders are once again leaving town, this time for Las Vegas. (Even the A’s are trying to move, though to a different neighborhood.) That makes Lillard one of the city’s last remaining sports fixtures, and certainly its most famous. His devotion to the city that raised him, on display in “Dre Grant,” is both celebration and protest.

This civic authenticity is also part of what makes his music legitimately, even shockingly good, especially when measured against his predecessors. While countless NBA players before him have tried their hands (and often failed spectacularly) at the rap game, Lillard stands out for his ability to be taken seriously by the music community at large.

“Sometimes when you get the athletes that try to rap, they try to take on a persona other than themselves,” Lillard’s collaborator Lil Wayne told The Undefeated in a discussion of Dame D.O.L.L.A.’s debut, The Letter O. “[Lillard] wasn’t talking about homies that hang on corners. He was just being positive in a verse.”

Big D.O.L.L.A. secured Lillard’s second feature from Weezy, who’s been spotted wearing Lillard’s signature Adidas shoes while watching him from courtside seats. Their musical collaboration is rooted in respect and authenticity. “When it comes to rap, like real rap music, and knowing the pioneers of rap, there’s no competition for me in the NBA,” Lillard says.

That hasn’t stopped others from emulating Lillard’s approach. Younger NBA players like Lonzo Ball and Marvin Bagley have released tracks that hold up to critical scrutiny, even if they may not clear the high bar Lillard has set. Bagley even tried to beef with Lillard this summer, briefly diverting the NBA’s news cycle on draft night. But, as Lillard did to the Oklahoma City Thunder on the court, Dame D.O.L.L.A. sent everyone home early with the title of his diss track alone:

Even larger-than-life Basketball Hall of Famer and pioneering NBA rapper Shaquille O’Neal couldn’t stand in the 6’2” guard’s way. After Shaq dropped a diss track to remind everyone he was the first true NBA rapper, Lillard came back at him with typical ruthless efficiency, receiving an onslaught of fire emoji Twitter replies.

Lillard’s not in for the battles (and after his last couple, it’s unlikely anyone else will be, either). His rap career is a mirror and logical extension of his continued evolution on the court. Big D.O.L.L.A. landed Lillard on the Billboard charts this summer, fresh off his team’s first Western Conference Finals appearance since 2000. Those two things aren’t in opposition, as Lillard points out to critics who wonder if he’s wasting time in the studio. Although Lillard is one of the league’s most visible, watchable players, you won’t catch him in an offseason cell-phone video of semi-formal workouts at UCLA’s Men’s Gym.

“Since I started putting out music and taking it seriously I have been better as a player,” Lillard told his nearly 2 million Twitter followers in August. “It’s balance. I don’t broadcast my training or have pick up game highlights that y’all love…but when the real thing comes we see who was doing what when the cameras were off!”

So it’s no coincidence that his career as alter ego Dame D.O.L.L.A. serves as a pressure release valve, a way to effectively moderate the comments on his game and life. In a genre where personal mythology is as important as skill, Lillard has built up both, creating a convincingly authentic, critically lauded self-image from the comfort of the recording booth. His ability to whip Twitter into a frenzy with a Soundcloud drop or top the iTunes rap charts isn’t all that different from his equally shocking 40-foot game-winners. It’s just another way Damian Lillard reminds us that we’ve never seen, or heard, anything quite like this before.