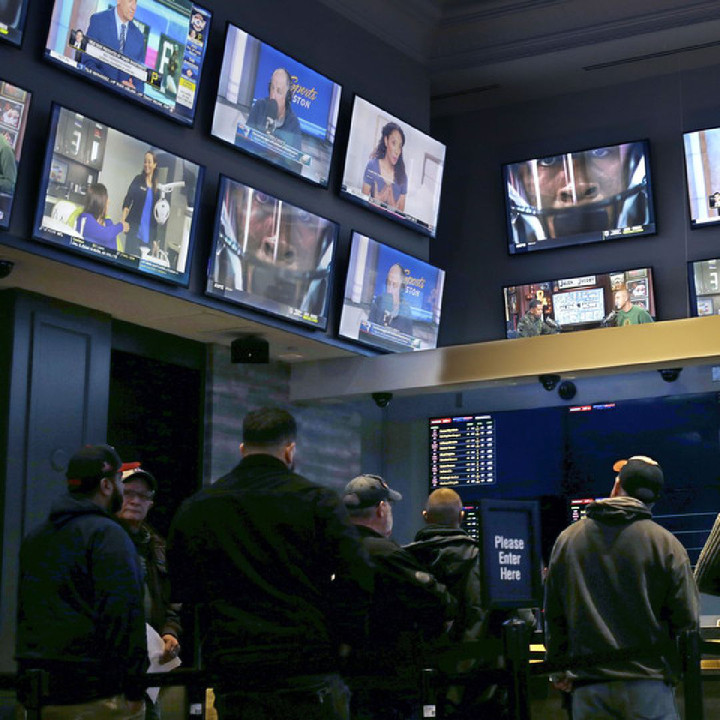 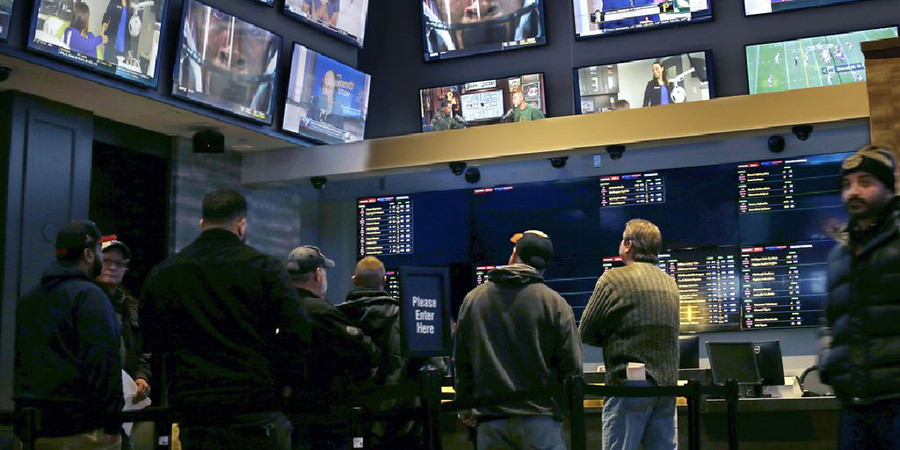 Betting could be ‘X’ factor for new pro football league

ATLANTIC CITY, N.J. (AP) — Knowing its season begins less than a week after one of the biggest betting events in America, the new XFL is embracing sports betting in a major way.

The revived league owned by wrestling impresario Vince McMahon will consciously appeal to fans accustomed to betting on professional or college football — and who otherwise would have nothing to bet on for months. Its first games will be played less than a week after the NFL’s Super Bowl.

From inviting sportsbook operators to a mini-camp to meeting with gambling companies to ask what they’d like to see from a football league, putting point spreads on the TV screen, and giving teams the option of seeking different numbers of points after a score, the XFL is baking sports betting into its operations as a crucial part of the recipe.

“We are embracing the spread from the start,” said Jeffrey Pollack, the league’s president and chief operating officer. “This is a core business strategy for the XFL. We understand that for a lot of our fans, betting on the games has become as essential to the game experience as the helmet, ball and jerseys. That’s what we’re gearing up to provide. Our mission and our infrastructure are geared to the sports betting future that is coming fast. There are incredible opportunities.”

And in a big change for a major professional league in the U.S., ABC and ESPN will continuously broadcast the point spread and the under/over on total points scored in the game as part of their on-screen graphics. Announcers will even discuss how a particular play affects the point spread or the over/under — something you never hear on an NFL broadcast.

“Will we mention late in the game that if, say, Washington is up by 2 points and they kick a field goal, will that cover the point spread? I think we will do that,” said Lee Fitting, ESPN’s senior vice president of production. “The mantra is you take gambling and point spreads into account while making sure you don’t turn off those who don’t gamble and don’t know the lingo. It’s a fine line to walk.”

The networks will not update odds or betting totals as the games progress, but may consider doing so later in the season, depending on how things go, Fitting said.

The XFL brought its Los Angeles franchise, the Wildcats, to Las Vegas for a mini-camp in December so that sportsbook executives could familiarize themselves with the team, the league and its products, which differ in some major ways from the NFL. XFL-specific rules include the option to seek 1, 2 or 3 points from the 2-, 5- or 10-yard line after scoring a touchdown. The XFL will also allow a team to throw two forward passes on the same play as long as both happen behind the line of scrimmage.

Scott Butera, president of interactive gaming for MGM Resorts International, and a former commissioner of the Arena Football League, said his company has familiarized itself enough with the league to offer betting on its games in Nevada, New Jersey and West Virginia. That included meetings with league commissioner and CEO Oliver Luck.

“We know the XFL, we know Vince very well and he’s a leader in sports entertainment,” Butera said. “They’re ready to embrace sports betting in their rules. It should be a high-scoring league, with some props.”

Butera said his and other betting companies will become more familiar with the league’s teams, players and coaches as they season progresses, adding he expects the level of betting to surpass that of the defunct Alliance of American Football, which folded before competing its inaugural season last year.

Like many professional leagues, the XFL is making deals with third parties to help monetize sports betting and guarantee the integrity of betting on its games. The league has already announced deals with Champion Sports Data to compile and disseminate official league data, and with Genius Sports for betting integrity monitoring. On Wednesday it announced a deal with DraftKings, which will become an authorized gambling operator and a daily fantasy sports partner.

The league also hopes to get fans used to betting on its product even in states where real-money gambling is not yet legal by offering free-to-play contests through an app in all 50 states.

The eight-team league will have its championship game in April. It has franchises in Dallas, Houston, Los Angeles, New York, St. Louis, Seattle, Tampa Bay and Washington.

This article was written by WAYNE PARRY from The Associated Press and was legally licensed through the NewsCred publisher network. Please direct all licensing questions to legal@newscred.com.