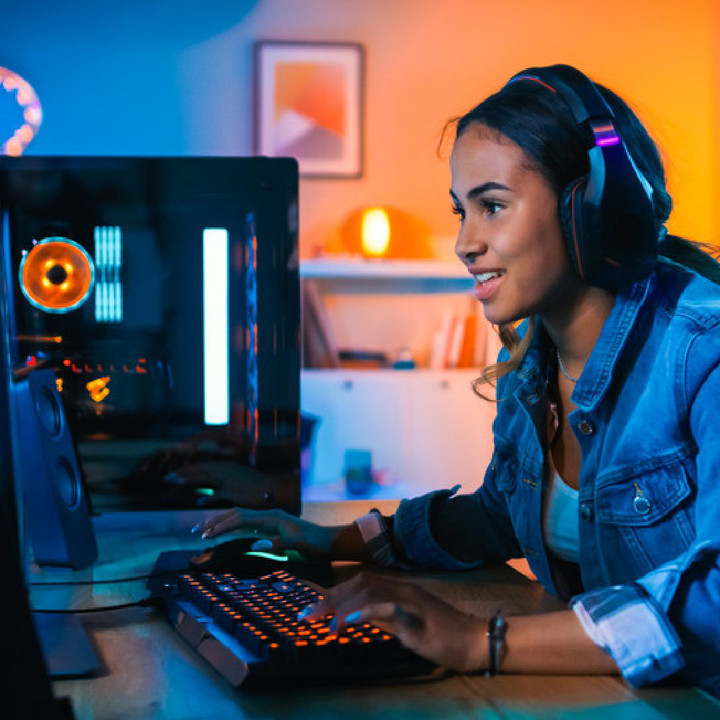 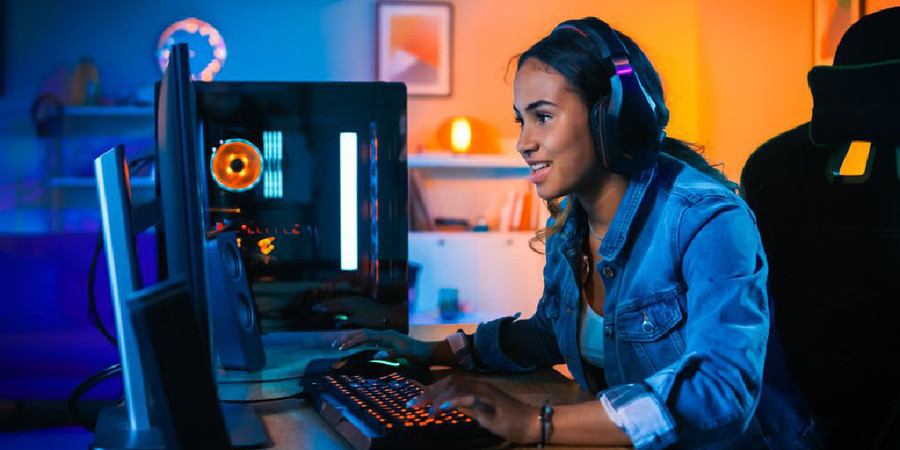 There were some constants in gaming in 2019. “Fortnite” remained a massive force, both in the digital sphere and physical space. “Pokemon” returned, which meant plenty of mystical creatures needed to be caught once more. There were, of course, a number of games with firearms, and once again more Nazis that needed to be offed.

But how and where we play continues to evolve.

If games were once confined to home consoles and PCs, increasingly the interactive medium is one that is shaping everything from our television shows to our theme parks. Here, we reflect on 10 ways games affected entertainment in 2019, be it via the stories they told or where or how they told them.

It will take a while for games to earn a reputation as a place for diverse, considerate storytelling after decades focused on competition and gunplay. But following the horror that was 2014’s Gamergate, in which those who frequented toxic corners of internet message boards waged harassment campaigns against mostly female developers and critics, the industry is starting to show that some lessons have been learned.

See “Gears 5,” which switched to a female protagonist in Kait Diaz, a character who dropped the machismo and helped bring a sense of mystery to a series filled with monstrous villains and chainsaw guns. Even the latest in the “Call of Duty” franchise, a brand plagued too long with blunt patriotism and an unapologetic pro-military stance, aimed for nuance with “Modern Warfare,” which, at times, had players maneuver through the game as a Middle Eastern woman. “Life Is Strange 2” intermixed supernatural elements with a setting that directly referenced today’s immigration politics, while “Neo Cab” addressed the potentially emotionally demoralizing aspects of the gig economy.

That says nothing of the mix of viewpoints one could encounter in mainstream games as varied as “The Outer Worlds” and “Fire Emblem: Three Houses,” where players could interact with a broad range of personalities and genders — or even just some hermits who preferred not to leave their bedroom.

2. Games can’t replace therapy, but they can help

A wave of games that encourage us to be nicer to each other emerged this year. And while it’s tempting to view them as a reaction to decades of male-driven titles filled with interactive violence, developers say they’re reflective of our contentious cultural and political climate. In other words, maybe some more compassion and understanding would do us all good.

“Kind Words” is just that, a game that allows players to communicate anonymously, fostering an environment in which concerns and worries are met with affirmation. “Sea of Solitude” took a more metaphorical route, revealing the potential monster that lives inside us and asking why we fear it, while “Eliza” showed us the limitations of modern tech and the power of therapy. All have a common thread: The human mind is likely a puzzle we’ll never crack.

3. Augmented reality matures into a platform

“Pokemon Go” in 2016 became a cultural phenomenon, showing millions the joy of “Pokemon” and the magic-like abilities of augmented reality, which can merge digital universes with our own. AR gaming has developed in fits and starts since then, but that started to change in 2019.

“Wizards Unite” may not have a “Pokemon Go”-sized audience, but it showed that AR could adapt to the complexities of the “Harry Potter” franchise with a game that boasts an ongoing narrative and some appealing spell-casting mechanics. “Minecraft Earth,” meanwhile, is just getting started, giving us an AR game that allows us to re-reimagine our realities.

There have long been dance games or rhythm games, and even “Zelda” got a beat-driven makeover this year with “Cadence of Hyrule.” What made “Sayonara Wild Hearts” so imaginative is that it used music-focused mechanics — move in time to the groove, for instance — to create something that was unlike anything we had seen.

A purely interactive visual album, the game unfolds as a dreamlike metaphorical take on romance and heartbreak with an emphasis on personal growth. It’s mystical, abstract and fast. We hear classical music remixed as heart-thumping synth pop and shape-shift our way around two-wheelers and fairy-tale creatures. Ultimately, this is a gorgeous game that argues heartbreak is about the adventure rather than the moment.

5. The future of mass entertainment is participatory — maybe?

When the 14-acre Star Wars: Galaxy’s Edge opened at Disneyland on May 31 it was unfinished, a work in progress with some hyped elements yet to be added. Among these are its primary attraction, Rise of the Resistance, which will open at Disneyland on Jan. 17 after an early December launch at Disney World in Florida.

But its underlying thesis is clear: Guests today increasingly want something more active. The passive theme-park rides of yore don’t exist in Galaxy’s Edge — here the flight simulator can be fully interactive. There’s even a game for mobile phones that has guests fighting for control of the land itself. Theme parks are an ever-evolving medium that need to adjust on the fly to the behavior of tourists. How guests and the Walt Disney Co. opt to utilize Galaxy’s Edge as a platform — and play with all it has to offer — will provide clues about how much games can and will shape pop culture.

“Untitled Goose Game” charmed before its release, introducing itself with a playfully bright abstract-art style and an unconventional video-game star — an angry goose. No wonder it became the creature meme of choice — at least until the arrival of “Baby Yoda” — as pop-culture observers embraced the goose’s somewhat obnoxious “HONK” while it humorously annoyed shopkeepers, gardeners and children in an idyllic European town.

With a name — and a plot — that was just vague enough, “Untitled Goose Game” allowed us to see the world from an animal’s point of view and to strike back at overcrowding humans by stealing one sock at a time.

“Death Stranding” can be difficult to love. You might be tempted to shut it off if you find its first 10 to 12 hours off-putting. And chances are good that you will. A slog at the start, the game’s environments and threats punish players to the point that they can feel small and helpless.

But then it truly reveals its ambitions: To succeed, we must learn to communicate better with others. Those who give in to the game’s urges to work with strangers will ultimately find “Death Stranding” to be rather heartwarming. Despite the presence of some ghost-like creatures, “Death Stranding” is really about rebuilding and reconnecting the world.

8. The subscription and streaming era is reshaping gaming

The gaming world had already begun to shift to a digitally focused landscape, one centered on a download-driven consumer model. Then 2019 brought us Apple Arcade, a $4.99 monthly subscription that is home to some of the best of what mobile gaming has to offer. With new games added regularly, the case could be made that Apple Arcade is now the most essential and accessible platform.

Google’s Stadia, which has a more ambitious, cloud-focused streaming model, got off to a pricey, convoluted launch that may currently make it more difficult than it’s worth for the average consumer. But it’s hard not to believe Stadia’s issues are the ones the industry is most focused on solving. The promise is too alluring: bringing games to everyone.

Netflix made a big splash at the start of the year with its choice-driven episode of “Black Mirror: Bandersnatch,” and then promised to experiment more with the format in the future. But we felt like a director of the action rather than a participant.

Game developers too went the full-motion-video route, a genre once thought left for dead in the 1990s. The PlayStation 4 game “Erica” sought to give players more control over the on-screen filmed environments. It was a capable thriller, albeit one that sometimes felt like a fascinating tech demo. Better still was “Telling Lies,” Sam Barlow’s engrossing topical narrative about how the internet encourages the creation of deceitful personas. All of its scenes were available to us via searching for keywords, making the very creation of the story part of the puzzle.

10. Nintendo may not revolutionize fitness, but bless it for trying

We’re a long way removed from Nintendo’s Wii Fit, an instant hit when it was unveiled in Japan in 2007 but also the victim of stock shortages in the U.S. upon its 2008 release. Those who still have that device are likely letting it collect dust, but the company’s latest bid for a health-focused game is no mere novelty.

“Ring Fit Adventure,” in which players don leg straps and utilize a Pilates-like ring to measure strength and complete workout challenges, resulted in many of my most exhausting workouts of the year. “Ring Fit” is politely encouraging and a bit silly — you have to battle a dragon with many an unhealthy body issue — but is far from unforgiving in its approach to physical activity.

This article is written by Todd Martens from The Los Angeles Times and was legally licensed via the Tribune Content Agency through the NewsCred publisher network. Please direct all licensing questions to legal@newscred.com.