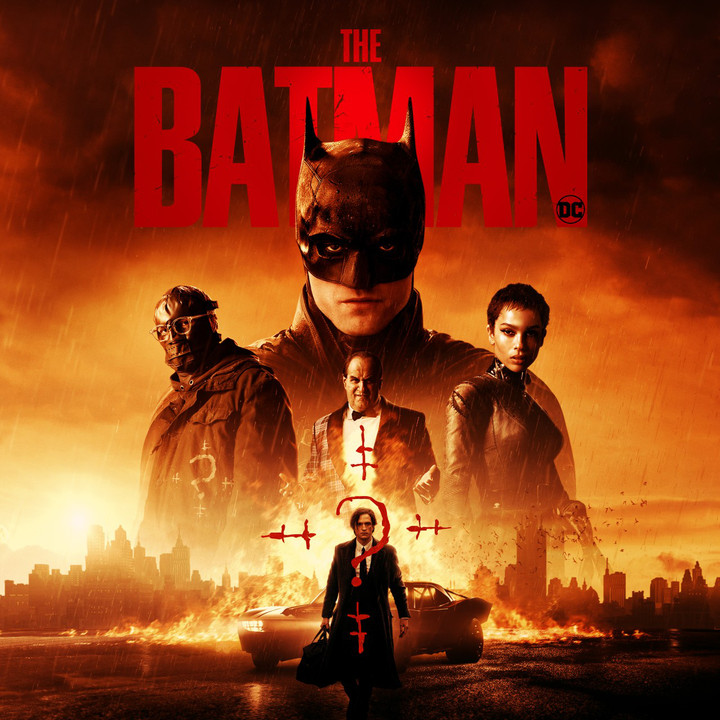 Matt Reeves’ The Batman, available to stream now on HBO Max, achieved something nearly all superhero movies strive for but rarely accomplish: A critical success that’s won kudos for its artistic vision and a smash hit at the box office. Having recently passed the $750 million mark at the box office, making it the highest-grossing film of the year thus far, you can be sure the team at DC and Warner Bros. are eager to get the band back together for a sequel, which was just announced at CinamaCon 2022 and will include both Reeves and Robert Pattinson as the lead.

Not bad for the third Batman reboot within the last ten years. When a Batman movie gives way to a second installment (and let’s face it, they all do), fans can’t seem to help themselves from speculating who will play the next legendary Batman villain. Previous Bat-iterations from Christopher Nolan and Zack Snyder saw constant speculation of potential matchups: Leonardo DiCaprio as the Riddler, Robin Williams as Hugo Strange and Phillip Seymor Hoffman as The Penguin.

Here are our humble suggestions for potential foes.

Zendaya is clearly no stranger to the superhero genre, with her current MCU run as Mary Jane Watson or sweeping, big-budget epics like Dune. But instead of doing another round as the distant love interest, what would be more fun than seeing her go toe to toe with Batman as the iconic Poison Ivy? In the gritty, real-world adjacent setting that is Reeves’ Gotham City, an origin story about Poison Ivy’s obsession with protecting Earth’s plant life would be pitch-perfect. The character could use a refresh after Uma Thurman’s campy turn in Batman & Robin, and Zendaya is just the person to do it.

Bryan Cranston made a career of playing conflicted villains (if you’ve seen his portrayal of Walter White from Breaking Bad, then you know what we mean)  — and there’s no Batman baddie quite at odds with himself as Two-Face. The role calls for duality in more than a few ways. First as Gotham’s virtuous and upstanding district attorney Harvey Dent, a role Cranston’s work in the recent limited series Your Honor (in which he plays a judge confronting his deepest convictions) proves he would nail. Of course, then, the honorable Dent is hideously scarred and transforms into the maniacal Two-Face. With previous onscreen renditions by Billy Dee Williams, Tommy Lee Jones and Aaron Eckhart, Cranston would be sure to bring something to the role all his own.

Speaking of conflicted antagonists. Take a moment to revel in Jimmy’s most human moments in ‘Better Call Saul.’

Deadshot is known as The Man Who Never Misses — has Donald Glover ever missed? A sniper and deadly assassin, Deadshot has been part of the Batman universe since his first appearance in 1950 but didn’t graduate to the big screen until Will Smith’s 2016 portrayal in Suicide Squad. That film left a bit to be desired from the comic book fandom, and Glover’s quick wit and offbeat theatrics make him the perfect choice to bring Deadshot back to Gotham. And with Glover’s ambitious and nuanced work behind the camera with Atlanta, 30 Rock and Community, maybe they could even talk him into injecting a bit of his irreverent comedy into the sequel!

Atlanta is back and may be the best show on TV. See why Donald Glover shines.

Another actor who’s made a career out of depicting epic villains — who could forget his disturbing, Oscar-winning role in No Country for Old Men or his sinister Bond bad guy Silva in Skyfall — Javier Bardem seems primed to enter the superhero lexicon and would be a perfect Victor Freeze. Caught in a laboratory disaster that permanently lowers his body temperature to sub-zero levels, Mr. Freeze has been doing battle with Batman for decades. And after Arnold Schwarzenegger’s ludicrous (albeit beloved) 90s rendition, Bardem would surely do Mr. Freeze justice with a grounded, dynamic performance he’s well known for.

It must be noted that Margot Robbie’s recent turn as Harley Quinn in Birds of Prey and the Suicide Squad films is masterful. From her zany performance to the character’s incredible costumes and make-up, her depiction of Joker’s frequent accomplice would be tough to beat. But with The Batman‘s downcast, moody vibe, giving Kristen Stewart a shot at the character would shed an intriguing, new light on the role. Fresh off an Oscar nod for Spencer, Stewart’s cool, hard-boiled and understated artifice would set her Harley Quinn apart from Robbie’s and fit neatly into Reeves’ rendition of Gotham.

Okay, we’re mostly joking here because the Boy Wonder doesn’t exactly fit into Matt Reeves’s dark and disturbing ethos, but isn’t Timothee Chalamet, like, the only correct choice for Robin? Batman’s faithful sidekick has been through several iterations since first being introduced in 1940, but the wise-cracking, brooding Chalamet seems to be the only current choice to don Dick Grayson’s tights.

Keep the content flowing with a moody journey to the DC Universe, where there’s much to explore.