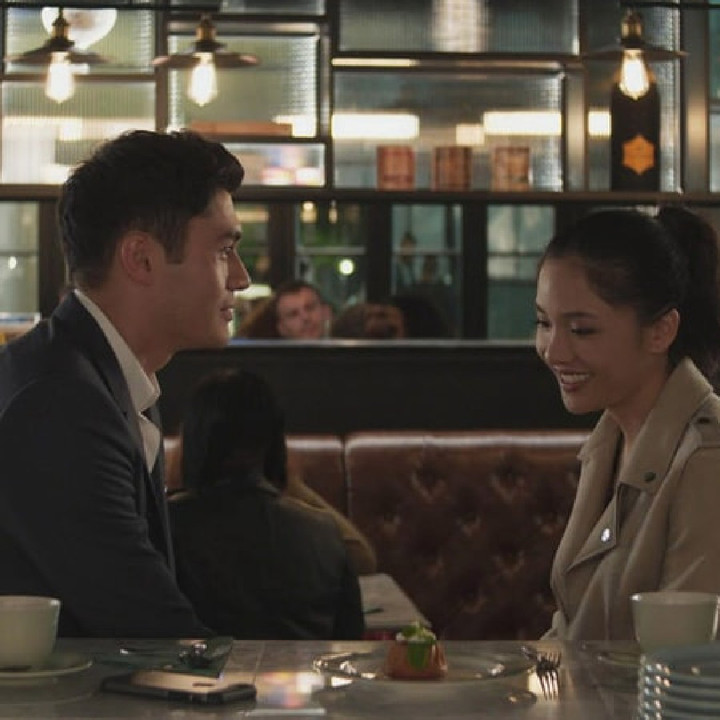 For far too long, Asian Americans have been invisible in Hollywood. Asian American stories have been whitewashed, and various actors have put on yellowface in an effort to keep Asians off-screen.

According to the LA Times, only 44 of the 1,300 top-grossing movies from 2007 to 2019 featured an API (Asian/Pacific Islander) lead. Out of those 44 films, Dwayne “The Rock” Johnson (half Samoan) played the lead in 14 of the films. In short, there was hardly any API representation outside of The Rock in top-grossing films between 2007 to 2019.

Luckily, there’s been a noticeable increase in Asian American representation over the past few years, coming off the heels of the mainstream success of films like “Crazy Rich Asians” and shows like “Fresh Off the Boat.”

This new show on The CW is a reimagining of the 1972 show starring David Carradine. The 1972 version of Kung Fu was a prime example of yellowface and whitewashing, which makes this reimagining on The CW even more meaningful to Asian Americans.

Olivia Liang and Shannon Dang star as crimefighting sisters (both coincidently happen to be University of California alumnae), and their dad is played by Asian American legend Tzi Ma.

“Awkwafina is Nora from Queens“

This show is Awkwafina being Awkwafina (which is Nora Lum’s stage name), and it’s hilarious. It’s great to see Asian Americans being themselves on a Comedy Central show and not falling into any tropes.

“Better Luck Tomorrow” was extremely controversial in the Asian American community when it was released in 2003. This film was loosely based on the Honor Roll Murder in Buena Park, California in 1992. It was the first major film that really pushed against the narrative of Asian Americans as a model minority. Asian Americans are not a monolith, and that was clearly on display in this unforgettable film.

“Raya and the Last Dragon“

Raya was the first-ever Southeast Asian Disney princess. This watershed moment meant so much for Southeast Asian kids (and adults). The cast is a veritable who’s who of Asian American actresses and actors, including Kelley Marie Tran, Awkwafina, Gemma Chan, Daniel Dae Kim, Benedict Wong, Sandra Oh, and Dumbfoundead.

This movie was a true catalyst for Asian American representation in Hollywood. “Crazy Rich Asians” showed that an Asian cast (with Asian leads) could rake in money at the box office despite decades of Hollywood executives thinking it was impossible.

“Fresh Off the Boat”

When “Fresh Off the Boat” premiered in 2015, it became the first Asian American sitcom to air in more than 20 years. This landmark sitcom, based on celebrity chef Eddie Huang‘s childhood, served as a launchpad to Hollywood stardom for Randall Park and Constance Wu.

“Always Be My Maybe”

This movie completely changed the game for rom-coms on Netflix. It was awesome to see a rom-com featuring Asian American leads, the chemistry between Ali Wong and Park was palpable, and they were both hilarious throughout the movie’s runtime. We need a lot more rom-coms like “Always Be My Maybe.”

This film was a huge moment for Filipino Americans when it was released in theaters back in 2000. Associate Producer Patricio Ginelsa Jr. told us, “Seeing a majority of Filipino Americans in front of and behind the camera was an empowering sight.” Since “The Debut” came out, Asian Americans have become much more visible in media. Ginelsa added—

“I don’t think the film industry has changed as much as the audiences themselves have. I think audiences have gotten smarter and are craving more diverse content. Different Asian American communities realize they want better, more inclusive representation. The biggest change is that we’ve had more Asian American content and Asian American filmmakers make breakthroughs, through Justin Lin‘s ‘Better Luck Tomorrow‘ and Jon M. Chu‘s ‘Crazy Rich Asians,’ or on TV like ‘Fresh Off the Boat.’ The film industry will always adapt to what trends and what makes money. Fortunately now, the industry has become more open in creating more content for Asian Americans.”

“Lumpia With a Vengeance“

“Lumpia With a Vengeance” is a new sequel to Ginelsa’s 2003 film “Lumpia.” He has been working on increasing Filipino American representation in film for more than 2 decades. Ginelsa told us—

“‘Lumpia With a Vengeance’ originated as a crowdfunder campaign to celebrate the 10th anniversary of the original homemade movie ‘Lumpia.’ We created it as a way to see if there was still an appetite out there for a Filipino American film. When the campaign went viral and reached its goal on the final night, it was validation that there was an audience waiting for us. It pushed and motivated us to produce the film part-time. Even though it would take 7 years to complete we wanted to make sure we ended up with a final product worthy of all the support we got.”

“The movie is a total communal experience, best watched at a theater I hope, eating lumpia if possible. It’s wacky and entertaining but also empowering and unique in that it features a Filipino American as its lead hero. It’s more important now than ever to have our films be made and seen.”

“Pachinko” is one of the all-time best English language books featuring Asian characters. Korean American author Min Jin Lee created an epic historical novel that features characters from Korea who move to Japan and follows the family for generations.

The novel is being adapted as a TV series on Apple+. Korean American filmmakers Kogonada and Justin Chon are executive producers, and they are each directing four episodes of the series.