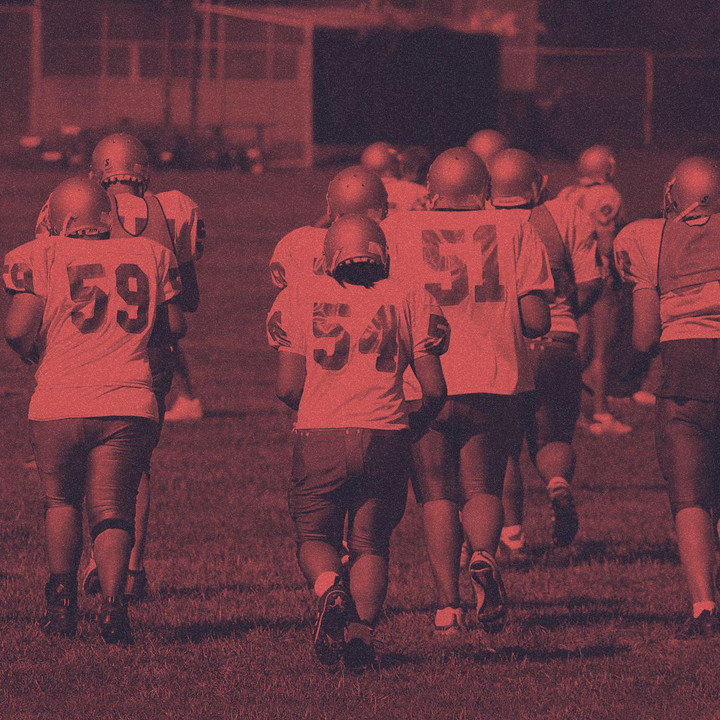 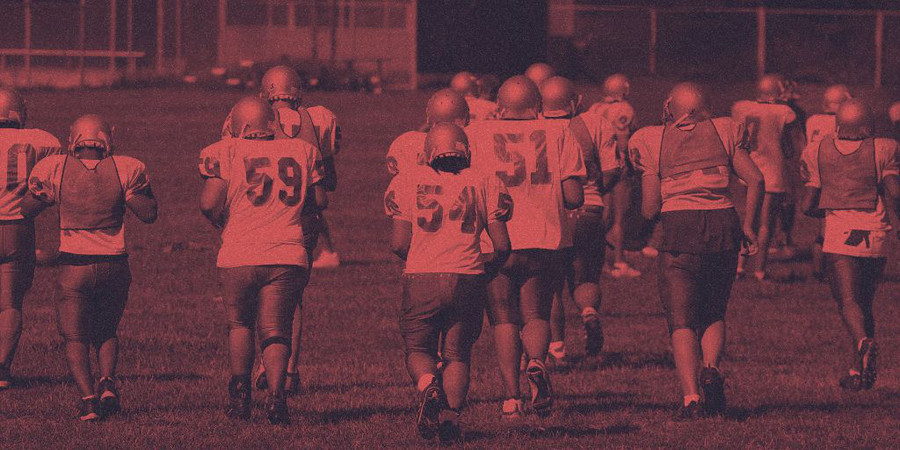 An American Tradition: The Return of High School Football

Welcome to Part 2 of a three-part series on football training camp. First, we explored recent changes to training camps in the pros. In Part 3, we’ll take a look at how HBO’s Hard Knocks has changed the way we think about NFL training camp.

NFL training camps are officially underway, heralding the upcoming autumn ritual of NFL Sunday. But in a few more weeks, a parallel tradition will start back up all across America, one that you yourself may have participated in. Are you ready for some high school football?

High schoolers across the country are currently working towards the Friday nights that entire towns are already waiting for. Whether it’s daily weightlifting routines, conditioning drills, or heading out to 7-on-7 competitions, preparations for high school football, like in the professional ranks, are an almost year-round affair, especially for big time high school programs.

But while contract holdouts and negotiations are the top stories in the NFL, players in high school are most concerned with getting attention—from their teammates, their coaches, their families, and maybe college scouts. A great season for their team can put players on the map and hopefully land them scholarships to play at the next level.

Underneath it all is the knowledge that those students won’t be the first or the last to go through the process. Football is arguably the sport where the team takes the most precedence over individuals: the name on the front of the jersey is what matters, not the one on the back, and that goes double for teams that turn over their starting lineup every year. As hot summer days give way to crisp fall nights, the entire team, school, and community know they’re part of a bigger tradition taking place on Friday nights (and Saturday afternoons).

Players start preparing for the season well before it starts, with the nation’s best players participating in camps like Nike’s The Opening shortly after the previous high school season ends. But in the biggest football hotbeds, other students, the community, volunteers, and local businesses are also working to make the most of all the attention.

Most of the trappings that make Friday nights so memorable and iconic have little to do with the actual sport itself. Although football might still have become the most popular sport in the country without all the pageantry, there’s no denying a big reason for its success is all of the things that come with it.

The show Friday Night Lights was successful, in large part, because of how many people can relate to its setting. But even with that show long concluded, the drama it depicted lives on in communities across the country.

It’s fundraising sales by local groups trying to make enough money to go to a special camp. It’s having the local newspaper (or if you’re lucky, the local television station) on the school campus to document another big night. It’s the endless hours spent after school by cheerleaders, marching bands, and student leadership to create a quintessentially American experience for everyone to rally around. That includes the alumni; whether volunteers or spectators, this is perhaps the only scenario where adults obsessing over a high school athletic contest not involving their own kids is mostly OK.

This kind of togetherness is difficult to find, as fragmented as everyone’s attention is today. Few experiences can draw a crowd to share a few hours together in the era of Peak TV and smartphones, but high school football remains timelessly unifying (and still Instagram-friendly). The hyper-local passion, communally shared memories, and family-friendly ticket prices involved in high school football all help keep it a relevant cultural phenomenon.

High school football is a slice of Americana that doesn’t exist in many other places anymore. But its traditions have changed over the years as well. As with the NFL, evolving attitudes and technologies have changed the way high school teams approach training camp and the sport itself.

Until recently, coaches from opposing teams would meet up on Saturdays to exchange game film. Now, they can use the HUDL app, which collects and sorts film on both teams and individual players. Drone cameras enable them to capture and analyze performance from every possible angle.

In addition to the tools that can help with Xs and Os, there have also been major changes in practice conditions. As with other levels of football, there’s been an increased emphasis on hydration, with high schools investing in state-of-the-art water delivery systems. Most importantly, high schools are seeking to limit the number of collisions the sport inflicts on still-developing bodies. The Michigan High School Athletic Association recently restricted game-like contact to no more than six hours per week during the preseason, and just thirty minutes per week in-season. The ruling met with expectedly mixed reaction. But even in a sport as steeped in nostalgia as high school football, any step to reduce potential injuries should count as welcome progress.

Not that any state board could stop the most determined players from getting in their reps. In keeping with trends toward specialization in youth athletics, some of the most important offseason work for high schoolers doesn’t even happen at high schools. Independent camps, often associated with colleges, pro teams, and successful alumni, have popped up all over the country. They offer skills training and exposure, though it comes at a price. Families can spend upwards of $1000 every season on optional-but-encouraged offseason training. Then again, with $60 million high school stadiums popping up, it’s chump change.

The cheerleaders, marching bands, and bake sales are all still here, but high school football, like the sport at large, has changed a lot since the first lunchtime pep rallies. (Those still happen, too.) But as the sport changes, its tradition, passion, and commitment to community remains its lifeblood. It’s what pushes players through their workouts on a hot August day in preparation for the Friday night feeling everyone’s waiting for. With high school football, you’re never that far from having that feeling again.

Next up, Part 3 of our training camp series–how HBO’s Hard Knocks has changed our perception of the NFL.