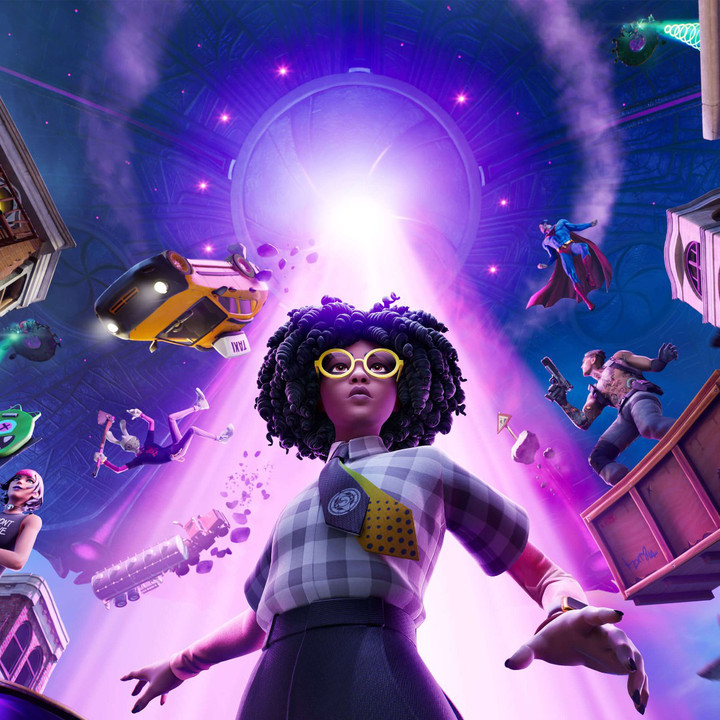 All the Skins Coming to Fortnite and How to Get Them

Fortnite just won’t stop with its brilliant collaborations and keeps giving players plenty of options for new cosmetics. We know it’s hard to keep up, so we’re here to explain all the Fortnite skins you’ll be getting your hands on in August 2021.

Fortnite Season 7 is here and it looks set to be quite different from what we’re used to. Expect to see this page updated with Fortnite skins based on aliens and other strange creatures. We imagine that the pop culture collaborations won’t stop soon either.

We’ve rounded up every Fortnite skin we expect to land in the battle royale in August 2021, including both skins confirmed by Epic Games and those which are rumored — but don’t worry, we’ve clearly signposted which are which. So, read on for all the Fortnite skins we expect in the near future so you look fashionable while racking up the eliminations.

The Rift Tour concert starring Arianna Grande is set to take place soon, and multiple leaks indicate she will also be getting her own Fortnite Skin too. While there hasn’t yet been an official confirmation, both Marshmello and Travis Scott got their own skins so we expect Grande will get one too.

If she does we suspect it’ll appear in the Item Shop for around 1,500 V-Bucks and it’ll likely come with two variants. One with the design seen above and another with brown hair and a blue Rift crystal dress.

After his identity-hiding glasses were teased by the official Fortnite Twitter account, Superman is confirmed to making an appearance as a Fortnite skin in Season 7. The Man of Steel is available through the Battle Pass, which you can buy right now.

You’ll have to wait a while before Superman himself can be unlocked, though, as it looks like he is the Season 7 secret skin. This means you’ll have to complete additional objectives to play as him.

The Fortnite / Batman crossover is now wrapped up, for now at least. The six-issue series ended on a pretty big cliffhanger for both the Batman and Fortnite continuity, so we’re sure to see more comics soon that will explore everything that’s going on.

Even if you aren’t interested in lore there’s still a good reason to pick up these comics: in-game cosmetics. The first issue included a code for the Rebirth Harley Quinn skin, with gliders, pickaxes, and backblings being available in later issues.

If you input the codes from all six comic books you’ll receive an additional bonus: the Armored Batman Zero Fortnite skin.

His design appears to be based on how the character looks in the last comic in the mini-series. You can buy the comics physically, or you can subscribe to DC Universe Infinite (only available in the US or by using a VPN). If you use DC Universe Infinite, after reading a comic a code should be emailed to you for each item.

August’s Fortnite Crew pack celebrates an old favorite Fortnite Skin, Skye. The skin shows off her beach-inspired Summer variant, complete with shorts and no beanie hat. An alternate look for the skin has an almost Halloween-like design that uses oranges and blacks.

Alongside the Summer Skye skin, you’ll also get a sword and shield backbling, her sword as a pickaxe, and a couple of weapon wraps inspired by Meowcles. Fortnite Crew costs $11.99 (£9.99 / AU$15.99) per month and will net you 1,000 V-Bucks as well as the Battle Pass if you don’t currently own it.

Multiple leakers are teasing a Suicide Squad tie-in, and that means we could see some skins inspired by the characters arrive soon. Harley Quinn has already had a few outfits appear in game, but new favorites like King Shark, Bloodsport and Polka-dot Man might soon be rewarded with Fortnite skins of their own.

Given that the film is out now, if a collab is on the way it can’t be too far off. We’ll just have to wait and see.

In Fortnite Chapter 2 Season 5 many fans were calling for Nintendo to be represented by an in-game skin after both Xbox and PlayStation got their mascots in the Battle Royale. The obvious choice was bounty hunter Samus from the Metroid series – but she never showed up.

Leaked documents shared on Twitter from the Epic Games vs Apple court battle indicate that Samus is/was planned to appear in the game (alongside multiple other characters like Naruto and Ariana Grande). The above panel from issue three of the Batman Zero Point series adds to the speculation that the character could still be coming after fans spotted a silhouette that looks a lot like Samus.

Take this rumor with an unhealthy amount of salt, but it could mean that Samus might soon arrive as a Fortnite skin.

Here are ALL the skins from Epic’s Survey, again thanks to @LeakySussed! pic.twitter.com/H8RNZlQjOO

Here’s a leak to take with an extra pinch of salt: Multiple Fortnite leakers on Twitter have shared images from a recent Epic survey showing off several new skin designs. In it the company detailed potential Fortnite skins and included images of ones we might eventually see added to the game.

You can see all of the in the tweet above but some of our favorites are Cartoon Bushranger, a Vampire Drift, and Guff dressed as a Christmas tree. We have no clue if any of these skins will ever be added to the game, but be on the lookout in future seasons.

The Foundation — Leader of the Seven

The Foundation, a character that appeared in the epic Fortnite Season 5 event, is rumored to be becoming a Fortnite skin at some point in the future. It’s likely we won’t see him until Season 8 — as he was last seen falling into the ocean — but we’ll have to wait and see what happens.

Leaker Hypex found files related to the skin in-game so he could be on the way sooner than that, but we’ll just have to wait and see what happens.

This article was from t-break Tech and was legally licensed through the Industry Dive publisher network. Please direct all licensing questions to legal@industrydive.com.