Sports fans have not been left wanting when it comes to docuseries. In the past few years alone, we’ve seen the Michael Jordan-centric project The Last Dance and Tom Brady’s Man in the Arena, both of which earned positive reviews and strong ratings. And more recently, They Call Me Magic, a four-part program focusing on the legendary Los Angeles Laker, has dropped. It’s clear that sports documentary series aren’t going away anytime soon and, with that, there are several iconic athletes who should get projects of their own.

Now, some of the people we’re going to discuss have had television specials or films that have tackled aspects of their lives. However, they’ve yet to have multi-part shows that cover their professional and personal lives in great detail and, most importantly, feature the subjects themselves candidly telling their own stories. There are some truly interesting personalities within the world of sports, and fans would certainly love to see them reflect on their journeys. So let’s jump in and discuss the legends who deserve their own docuseries. 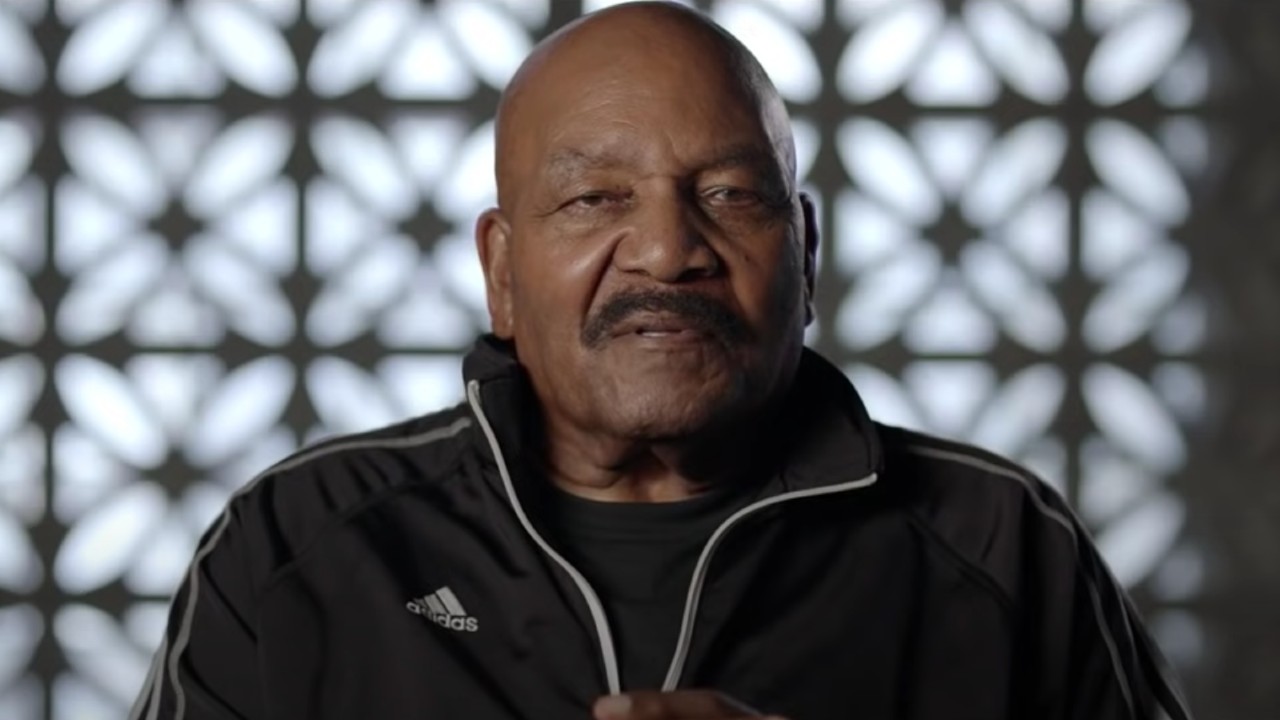 Most would agree that Jim Brown is one of the greatest athletes America has ever known. The retired fullback was a standout football player at Syracuse University (also competing in basketball, track and field and lacrosse) before being drafted into the NFL by the Cleveland Browns. From there, he went on to win numerous honors, including three league MVP awards and multiple Pro Bowl and All-NFL selections, which helped land him in the hall of fame. Of course, he was also a noted civil rights activist during the ‘60s. And to top it all off, he also achieved fame as a movie star after his playing days were done.

The now-86-year-old icon has lived quite a life, one that certainly deserves to be covered in a docuseries. Said show could tackle his life as a professional athlete, his activism and more. I’d personally love to get some additional insight into his acting career as well. I mean, come on, you all know you want some behind-the-scenes Mars Attacks! stories.

Peruse the NFL schedules and get in the football spirit. 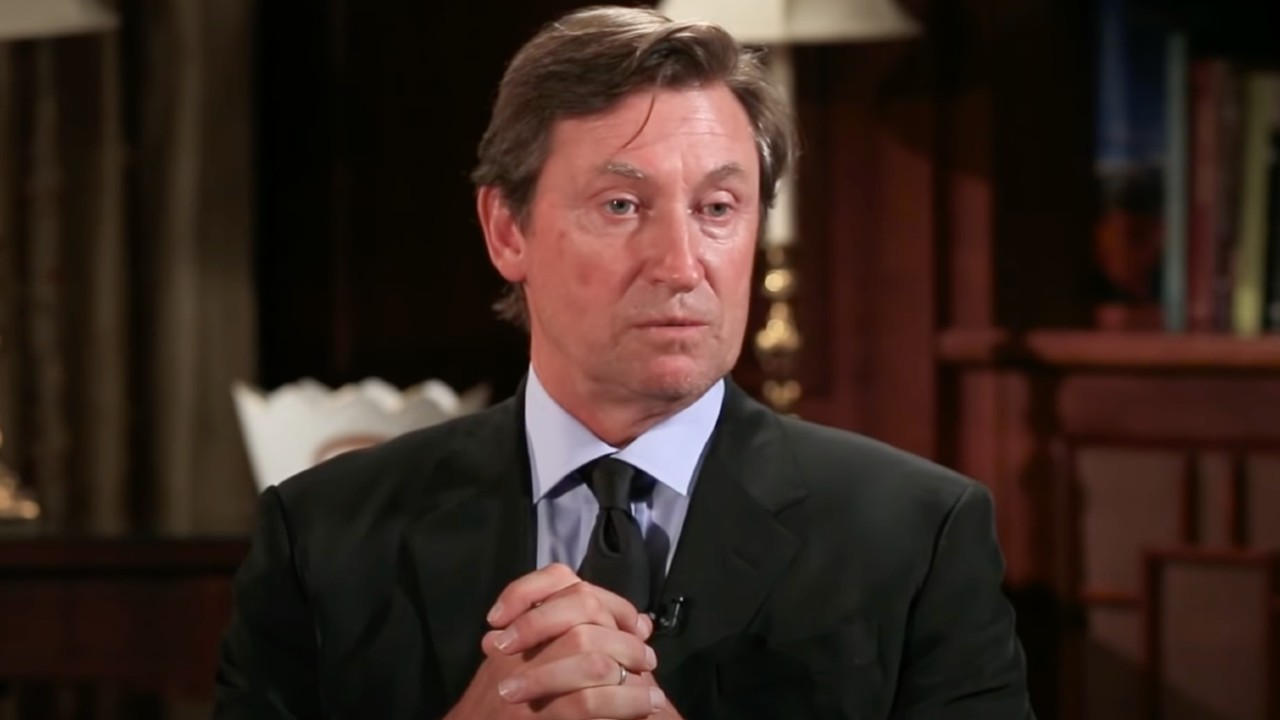 Few names stand out the way Wayne Gretzky’s does. Sure, it’s unique on its own, but the prolific hockey player’s array of accomplishments, like his numerous medals, broken records and NHL honors, are what really give his name its bite. I know what you’re thinking and, yes, the man, who’s considered to be the greatest to ever play the sport, has had a documentary. But he could still use a multi-episode series in which he discusses his exploits in greater detail.

So what could that project cover? Well, there’s his childhood in Canada, his effect on the game of hockey (see the Gretzky rule) and the notorious 1988 trade that sent him from the Edmonton Oilers to the Los Angeles Kings. There’s a lot of material, which could certainly fill multiple installments of a series. 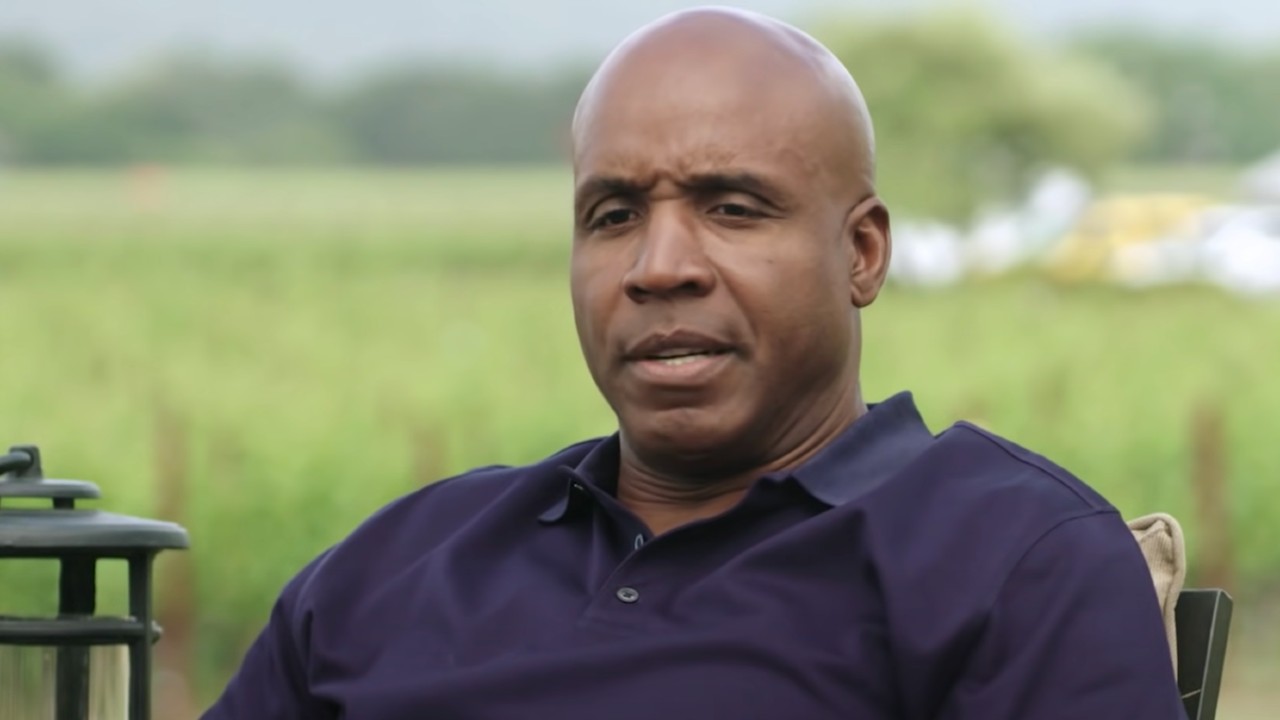 Yes, Barry Bonds has become somewhat of a polarizing figure in the sports world, but there’s still no denying that he’s one of the greatest baseball players ever to step up to the plate. A 14-time MLB All-Star and 12-time Silver Slugger Award winner, he holds numerous honors, including the record for most career home runs at 762. It’s definitely clear that he’s proven himself as a stellar athlete, but his work on the baseball diamond isn’t the only reason he’d make a good documentary series subject. His life off the field would also be a major draw.

Most are likely aware that Barry Bonds became embroiled in a steroids scandal that rocked the baseball world in the 2000s. Said situation is what essentially kept him from being elected to the sport’s hall of fame. A series could allow Bonds the chance to share his thoughts on the subject as well as other controversies like his failed reality TV show and the highly publicized books that have been written about him. Combine these topics with his on-field heroics, and you’ve got an intriguing tale.

Is your favorite MLB playing today? Find out with schedules, how to watch and more. 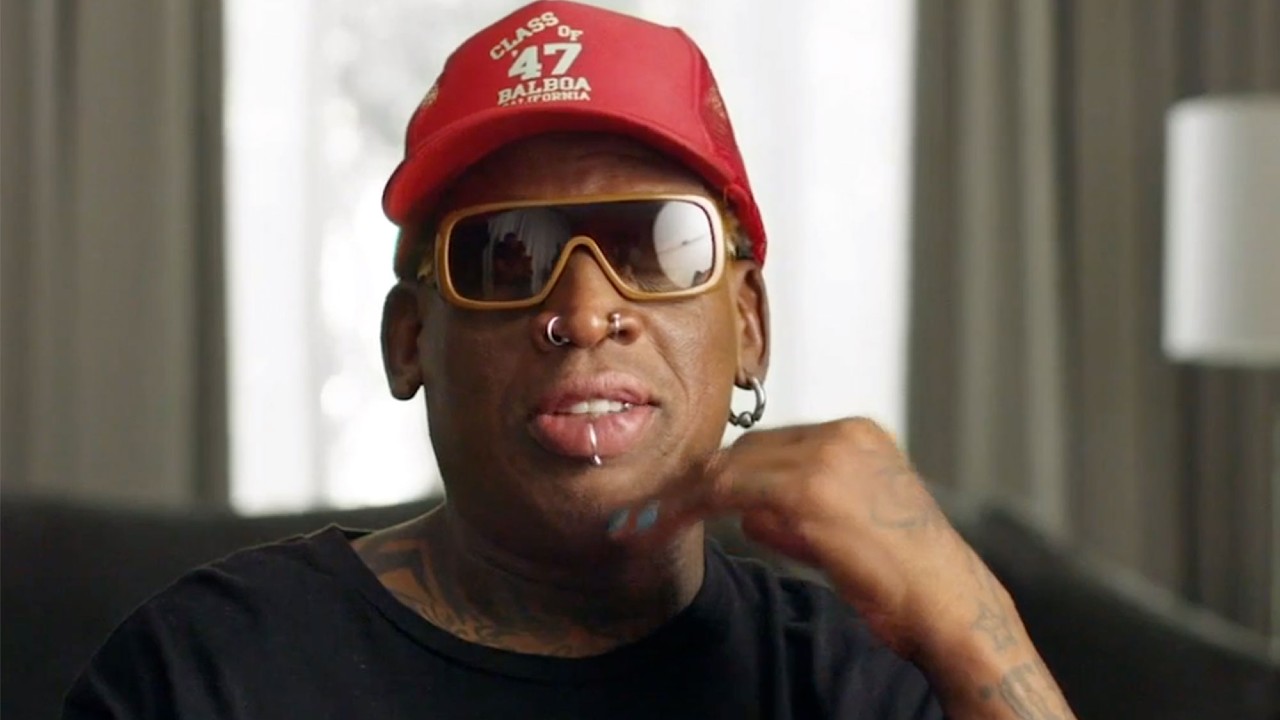 Seriously, who doesn’t want to dive into the mind of Dennis Rodman? We got a taste of the eccentric former power forward’s life in The Last Dance but now I’m ready for more. Though many remember him for his wild hairstyles and off-court antics, we must also keep in mind that he was a rebounding machine and a key part of both the Detroit Pistons and Chicago Bulls’ championship teams. His role in securing those titles is part of the reason why he’s immortalized in the basketball hall of fame today.

There’s so much that can be covered in a Dennis Rodman docuseries, from his struggles with poverty and homelessness as a youth to his rise as one of the NBA’s finest. And of course, it has to tackle his “extracurricular activities.” (His mid-season trip to Vegas with the ageless Carmen Electra is only the tip of the iceberg.) I really hope this one happens and, if not, I’ll just have to settle for the movie Phil Lord and Chris Miller are making. 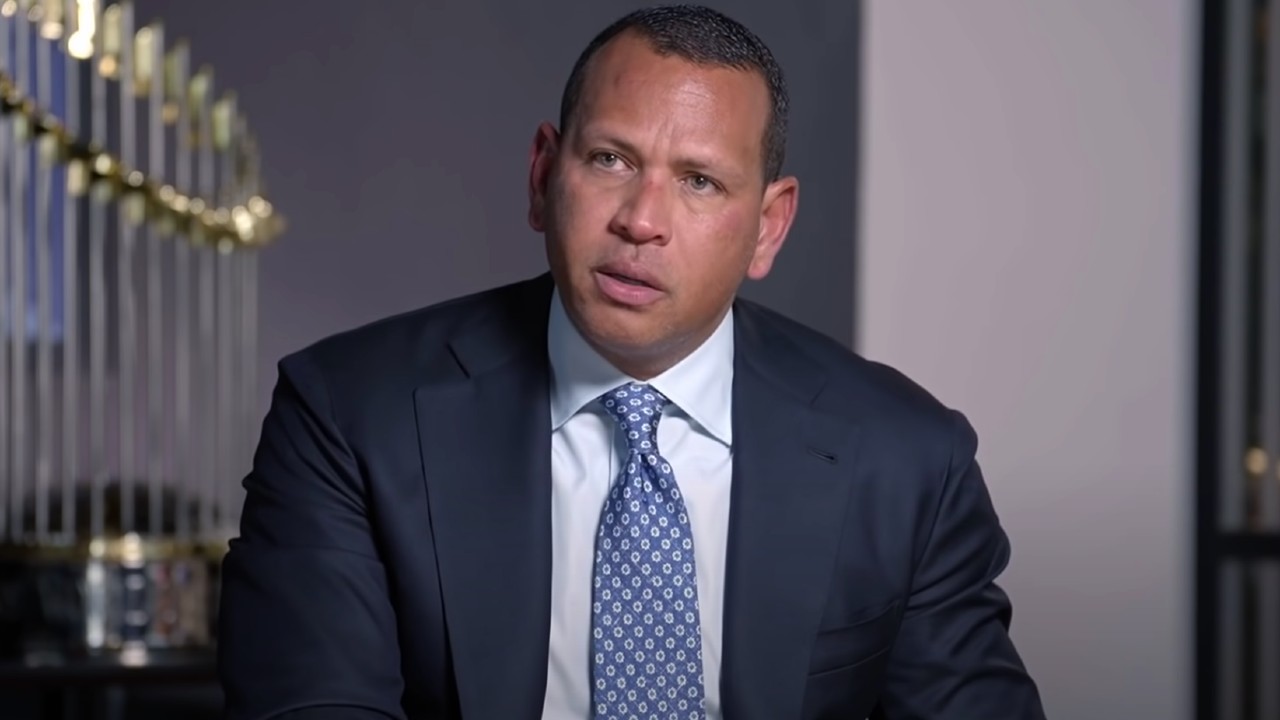 It’s honestly surprising that there’s yet to be a documentary centered on baseball legend Alex Rodriguez. (Well, there’s 2018’s Screwball, but that’s a different kind of doc.) Rodriguez’s résumé pretty much speaks for itself, as it includes 14 All-Star selections, three American League MVP awards and a World Series title, among other things. He’s surely one of the most gifted athletes the public has ever seen and is definitely deserving of his own docuseries.

A-Rod’s upbringing is very interesting, as he’s the son of Dominican immigrants and spent a portion of his childhood living in the Dominican Republic. A series could tackle that along with his illustrious career. His storied (and controversial) run with the New York Yankees, would also be a major point of interest. And maybe, just maybe, we can get some insight into his highly publicized romance with Jennifer Lopez (which ended in a breakup).

Alex Rodriguez (A-Rod) is one of four greats that make up the GOATbusters. Why not meet them all? 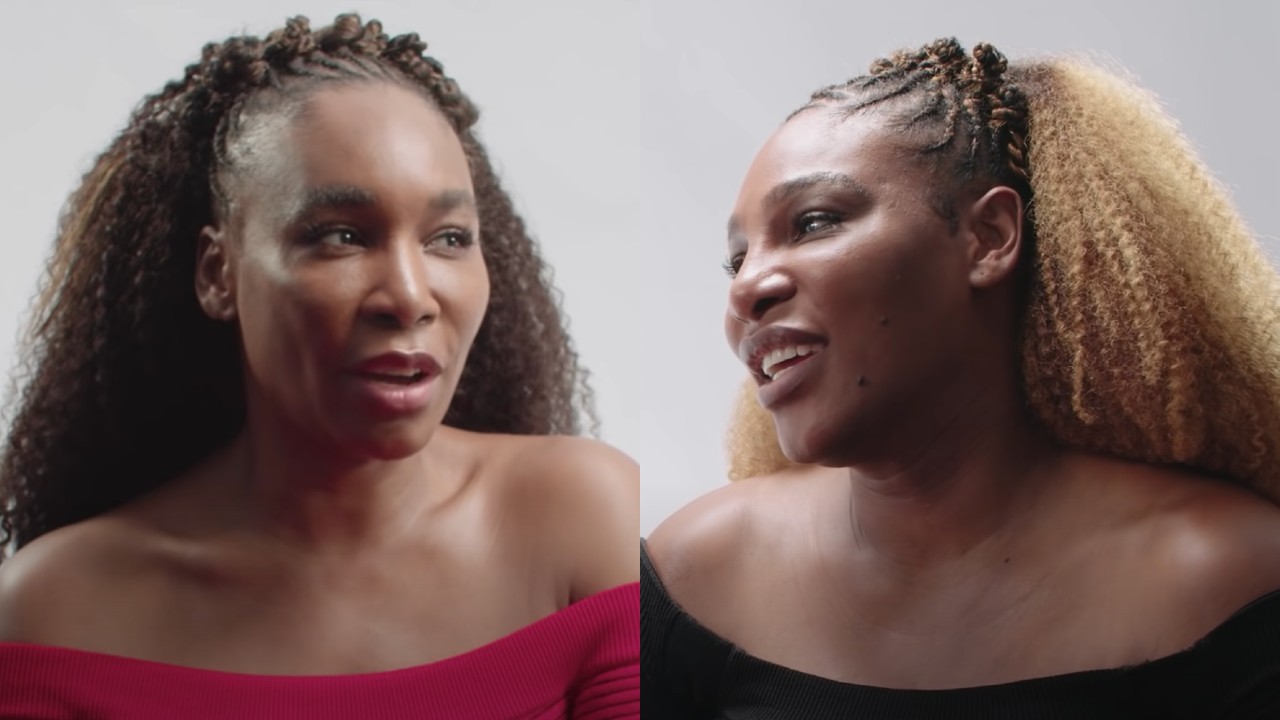 There’s probably not a single sports fan who hasn’t at least heard of Venus and Serena Williams. The sisters took the tennis world by storm as youngsters and have since earned numerous accolades. The pair are considered the two greatest athletes to ever play the game, which is why they’ve already received both a documentary and a feature film (Will Smith’s Oscar-winning King Richard) based on their lives. Serena did have a solo series, Being Serena, which focused solely on her pregnancy, marriage and return to tennis a few years ago. However, we’ve still yet to get a definitive series headlined by both that focuses on their entire bodies of work.

Their story is one that many know by now, but it would still be great to see them discuss their careers in depth in a definitive series. Their upbringing in Compton and their rise to top of the tennis ranks is certainly interesting enough to warrant such a production. I’d also love a deeper look into how the two manage their various brands and endorsements. 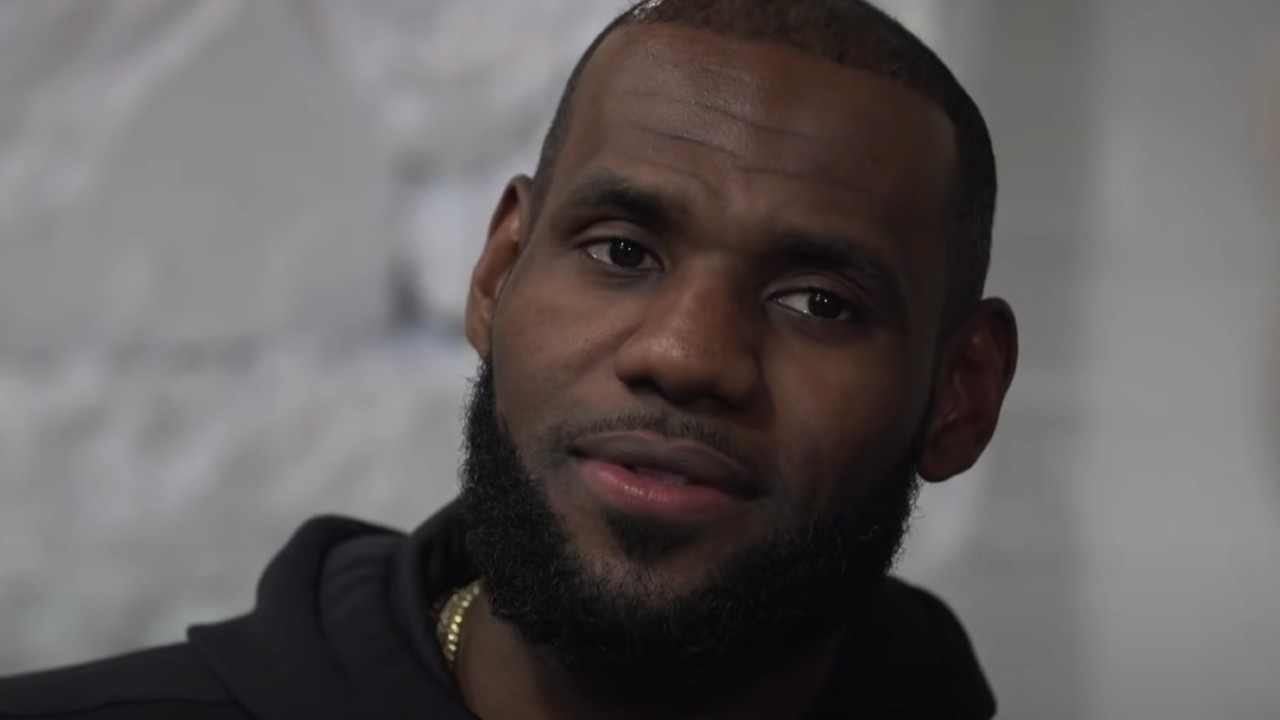 After The Last Dance, I’m sure basketball fans are eager for LeBron James to get his time in the sun. Next to Michael Jordan, James is widely regarded as the greatest player to ever step on a court. He’s accomplished a number of feats over the course of his career, which make him more than worthy of the praise he gets. Multiple NBA championships, MVP awards, All-Star selections and scoring records are just a few of the big-ticket accomplishments he has.

Though aside from the accolades, he’s also simply an interesting individual with a compelling story. A docuseries could focus on his early life in Akron, Ohio, where he was raised by his single mother. Within his playing career, one of the biggest subjects that would surely be discussed is his highly publicized decision to leave the Cleveland Cavaliers (the first time) and the backlash he received. He could also address claims that he “ruined” the game of basketball. 2008’s More than a Game did a masterful job of covering his early years, but plenty has happened to the Space Jam: A New Legacy lead since, prompting the need for a new production.

There are surely plenty of others who deserve their own documentary series, in which they can regale viewers with their stories, but these are certainly some of the biggest. One can only hope that such projects will happen sooner rather than later.

This article was written by Erik Swann from Marie Claire US and was legally licensed through the Industry Dive Content Marketplace. Please direct all licensing questions to legal@industrydive.com.