You’ve seen SHAZAM! in the theater (good choice!), and now you want more of Earth’s Mightiest Mortal. Luckily, there’s a lot to choose from. You can check out one of SHAZAM!’s many video game appearances here, or go back to his comic book roots, where it all started. Here are five storylines to take you deeper into the world of SHAZAM! 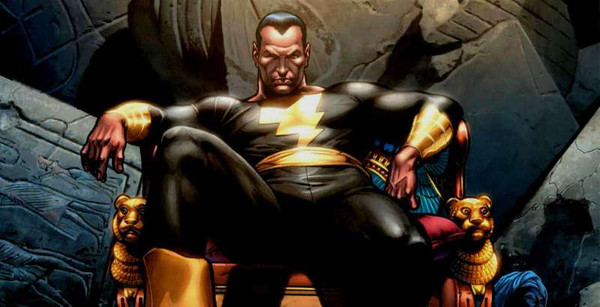 Die-hard SHAZAM! comics fans may have noticed a brief Black Adam cameo in the movie’s mid-credits sequence—but not in the way they may have expected. As the wizard (Djimon Hounsou) explains the disastrous consequences of their original choice of champion, he conjures a vision of a golden god-like man wreaking havoc over what appears to be ancient Egypt. That prodigal former champion? Black Adam. Since Dwayne Johnson, who also received a producer credit for SHAZAM!, signed on to play Black Adam way back in 2014, it’s safe to say we can look forward to The Rock cookin’ up trouble for our favorite super hero in the near future. Black Adam appears throughout the SHAZAM! comics as our hero’s arch-nemesis, and shares many of the same powers. Check out the 1994 graphic novel The Power of Shazam!, 2005’s Infinite Crisis crossover series, and his latest, Doomsday Clock, the sequel to the acclaimed graphic novel Watchmen.

Receiving mystical powers from an ancient wizard runs in the (foster) family. In current comics continuity, the Shazam Family includes the alter egos of Billy Batson and his foster siblings: Mary Bromfield, Freddy Freeman, Darla Dudley, Pedro Peña, and Eugene Choi. By saying “SHAZAM!” they can each transform into their own versions of the titular hero, with variations on his powers and different colored costumes. Meanwhile, Black Adam also has his own super-powered family to rival SHAZAM!’s, including Egyptian deities Isis and Osiris. In the words of Steve Harvey, it’s time to play the feud. 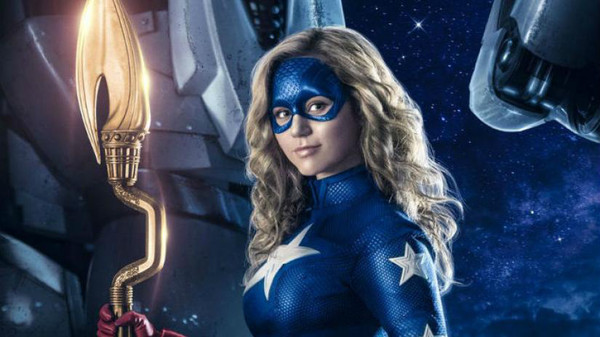 In the comics, SHAZAM! briefly dates another super hero named Stargirl, AKA Courtney Whitmore. The only problem is, while Courtney is the same age as Billy Batson, Stargirl is a teen and SHAZAM!…isn’t. Not a good look. They’re forced to break up to protect his secret identity. Stargirl is getting her own TV show, coming in 2020. Until then, you can read the early 2000s series JSA (Justice Society of America) for more on her storyline with SHAZAM!, or check out her other comic appearances to see her fight…Black Adam.

Mary is the den mother of the foster siblings. In the movie, she even serves as a foil to Billy, who can’t understand why she would feel conflicted about leaving their family. The comics are another story. There are several different storylines where Mary turns evil—the 2008 miniseries Final Crisis among them—and the results are always juicy. But in her current comic storyline, Mary stands by her brother Billy’s side, along with the rest of the SHAZAM! Family.

With the (spoiler alert!) surprise Superman cameo at the end of SHAZAM!, one of these days we can expect Billy Batson to meet the Justice League. In the comics, SHAZAM! thrives after his induction, becoming especially close with Cyborg. Note to Billy’s current BFF Freddy: remember that best friend is a tier, not one single person. Or person/machine hybrid.