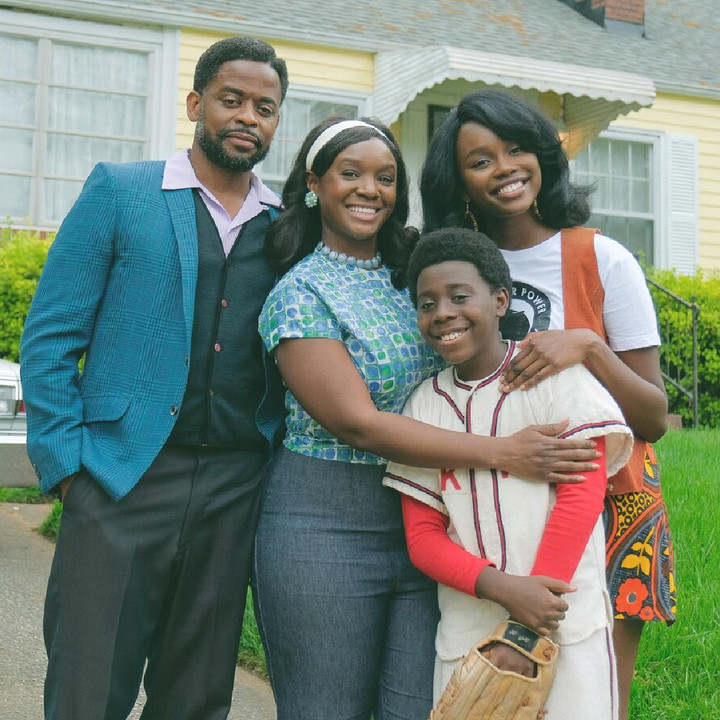 3 Brand New TV Series to Watch Out For This Fall

There’s always something fresh about the fall, and it’s not just the weather. It’s back-to-school season, a time of new beginnings, juicy apples, colorful leaves, and pumpkin spice lattes. And it’s also when your favorite shows come back to TV, and soon-to-be favorites air for the very first time.

This September, three highly anticipated new series are coming to a television near you. Let’s take a look at what they are, and why you’ll want to watch them.

Drum roll, please. It’s been almost 20 years since the last episode of the iconic, six-season spanning series “The Wonder Years” aired. Now, ABC is bringing us a reboot — and it looks amazing. Produced and directed by Fred Savage, the original “Kevin” himself, the series promises to stay true to the nostalgic, yet totally genuine, tone viewers know and love, but with a completely new story.

While the original show was set in Anytown, USA, so as to remain nonspecific, the new reimagining takes place in Montgomery, Ala., during the late 1960s. Centering on 12-year-old Dean, along with his parents and popular older sister, the show combines the well-worn, coming-of-age story with a socially conscious exploration of the African American experience — of the time and beyond.

Narrated by the incredible Don Cheadle — a grown-up Dean reflecting back on his life — the show shares the funny and heartwarming moments that accompany family and adolescence, along with real-life events, like the assassination of Dr. Martin Luther King Jr., and experiences with bigotry, segregation, and racism. Dulé Hill (“Ballers,” “Holes” and “She’s All That”) co-stars as Dean’s dad.

An innovative new drama from the folks at NBC, “Ordinary Joe” stars James Wolk, who viewers may remember from “Mad Men,” “Shameless,” “Watchmen” and other films and shows. Now he’s taking center stage — and not just in one role, but three.

The new series asks the age-old question, “What if?” What if you could live your life more than once? What if you could go back and see what happened if you went a different way? If you loved a different person? That’s what happens for Joe Kimbreau, who gets to live out his destinies in three alternate timelines that fork off after college graduation.

If he followed his heart, he’d become a rock star. If he chose loyalty, he’d become a doctor and family man. And if he chose to follow in his father’s footsteps, he’d become a police officer. But those are just career paths; what about love, friendships, and the people who you would or wouldn’t meet along each way?

Would certain paths still cross and overlap? Would certain choices prove to be the wrong ones? “Ordinary Joe” explores it all and more in this exciting new story format. Elizabeth Lail (“Countdown”), Natalie Martinez (“Death Race”), and Charlie Barnett (“Chicago Fire”) are co-stars in this series.

For fans of the natural disaster, sci-fi survivalist, action-adventure genre comes another new series from NBC: “La Brea.” Named for Los Angeles’ famous tar pits, the epic-looking show — which makes a splash with its large ensemble and serious special effects — imagines what might happen when an enormous sinkhole opens up in the city center, swallowing up everything and everyone in its path.

The series centers on one unfortunate family, who is torn in two during the event, father (Eoin Macken) and daughter (Zyra Gorecki) remaining on Earth as we know it, while mother (Natalie Zea) and son (Jack Martin) descend into what appears to be a strange and dangerous primeval world. To survive, they must band together with the other humans they encounter to try and solve the mystery of where they are and how to get back home.

The ambitious effort was written and created by David Appelbaum, the man behind “The Mentalist” and “NCIS: New Orleans.” And for the pilot episode, “Diary of Wimpy Kid” and “Percy Jackson: Sea of Monsters” director Thor Freudenthal took the helm. Jon Seda (“Selena,” “12 Monkeys,” “The Pacific” and “Treme”), Nicholas Gonzalez (“The Good Doctor”), and Ione Skye co-star, among an array of other familiar faces and fresh talent.

What else are you excited to watch this fall? Let us know at @DIRECTV!