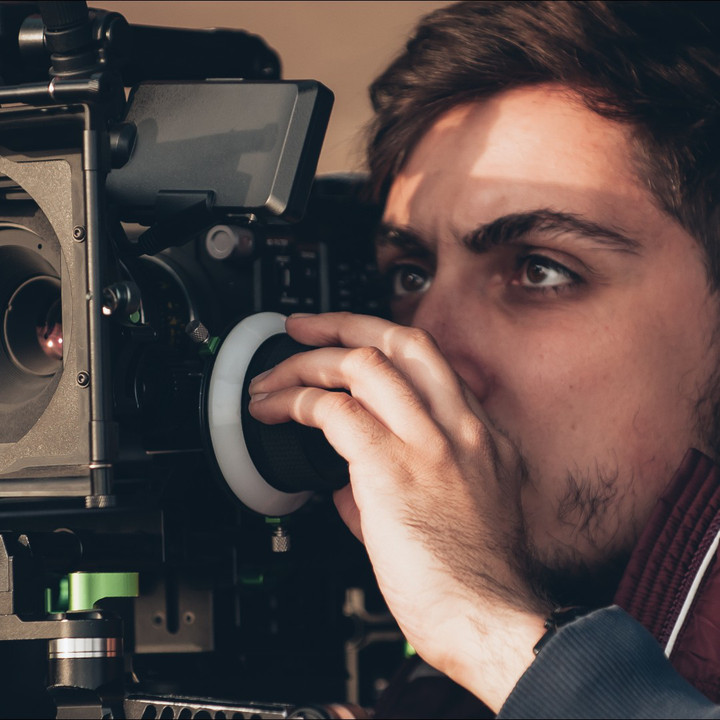 Celebrate National Hispanic Heritage Month by checking out this incredible selection of Spanish-language shows from HBO Europe, Latino and Latin America. Whether you’re into rom-coms, documentaries, crime dramas, the supernatural or beyond, this list has something for everyone to enjoy. And if you don’t speak Spanish, not to worry: these series are available to stream with English subtitles on HBO Max.

In this Spanish series from creator Isabel Coixet and HBO Europe, Laia Costa and Guillermo Pfening star as two gastronomically-crossed lovers who meet on a dating app for foodies. Reeling from the scars of romances gone wrong, both parties bring their baggage to the table, and “as they move further from the virtual into the realm of embodied love, by way of fine dining and frequent snacking,” reports the New York Times, “the stakes become higher, their intimacy becomes more intense and their deepening connection is threatened.”

Produced by Lorne Michaels and created by “Saturday Night Live“’s Fred Armisen, Julio Torres, and Ana Fabrega, this unique comedy takes place in a fictional Latin American country where the spooky and supernatural is part of everyday life. Following four friends with a penchant for the macabre as they start a business that delivers hauntings and horrors, this primarily Spanish-language show is like a strange dream that you resist waking up from, just waiting to see what else might happen.

This four-part HBO Europe docuseries focuses on the life and work of Spanish politician, football mogul, and property tycoon Jesús Gil. From his appointments to President of Atletico de Madrid in 1987 and mayor of Marbella in 1991, transforming the coastal town into a glamorous city amidst questionable financial practices, we see just what went into this man’s extraordinary success — and what had to be sacrificed to achieve it.

This Argentine television series from HBO Latin America centers on two desperate parents searching for their daughter over the course of many years. After his four-year-old disappears without a trace while riding the Buenos Aires metro, Fabián’s (Joaquín Furriel) life unravels as he attempts to solve the mystery and pick up the pieces of his broken family.

Based on an Argentine comic book and hailed as a “strange and sumptuous TV drama,” “The Hypnotist” is set in an unnamed Latin American country where Spanish and Portuguese are spoken interchangeably. With a cast from all over South America, as well as Spain and Portugal, this supernatural period drama explores the unusual healing powers bestowed upon one man (Leonardo Sbaraglia), whose own chronic condition he cannot cure.

This original series from HBO Latin America and HBO Latino begins when Dr. Salvador Pereyra (Rafael Sánchez Navarro) returns to Mexico after a decade-long journey through the Middle East, where he discovered the tomb of Marduk, who — according to the show — created the idea of God and whose teachings gave rise to our world’s various religions. When a dangerous cult plagiarizes Dr. Pereyra’s work, he must do everything possible to stop them from preying on the poor, desperate people of their community.

Created by Marcelo and Walter Slavich, this Mexican series stars Tony Dalton as Sr. Avila, a life insurance salesman, loving husband and father…and undercover hitman. HBO Latin America received its first International Emmy for the effort, an Award for Best Non-English Language US Primetime Program. Over the course of four seasons, “Sr. Avila” tells the story of this hired assassin and what happens when he steps up to lead an organization of contract killers.

This Chilean TV drama — brought to the States by HBO Latin America and nominated for an International Emmy Award in 2014 — follows a pair of feuding families at the center of two rival drug cartels. Upon the death of one formidable patriarch, his wife pushes their veterinarian son (Néstor Cantillana) to take his place at the helm of the operation.

Unveiling the lives of several female prisoners at a corruption-riddled experimental penal facility in Mexico City, this HBO Latin America production follows fictional attorney Teresa Lagos (Dolores Heredia) as she fights for the inmates’ rights and rehabilitation. Spanning three seasons, the Los Angeles Times says the show “attempts to go beyond exploitation and shed light on the systemic corruption and inequity of Mexico’s criminal justice network.”

This hit Argentine television series — lauded as a “sophisticated and absorbing crime drama,” by the Chicago Tribune — tells the story of an ex-cop (Julio Chávez) who teams up with a former flame (Paola Krum) to hunt down a serial killer that they both happen to be linked to from years past. With two seasons of 13 episodes each, viewers are in for a truly suspenseful ride that the New York Times calls, “foreign in the best sense of the word, strange and strangely familiar without being predictable.”