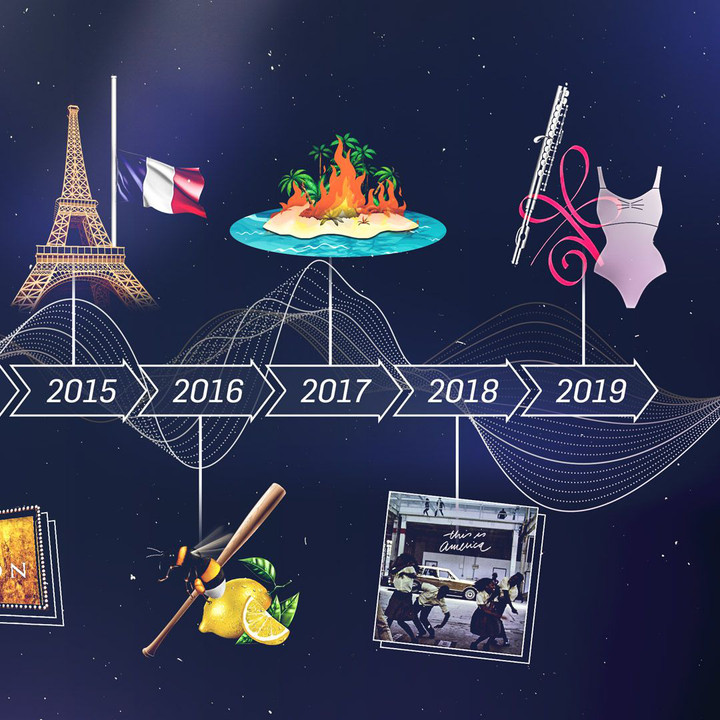 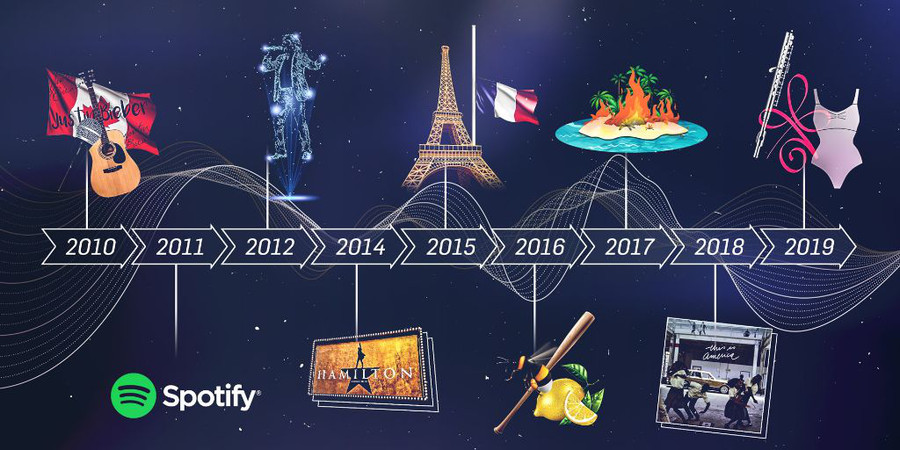 10 Iconic Music Moments of the Decade

Perhaps no industry has seen more upheaval and change in the past decade than the music industry. Artists found new ways to promote themselves without the help of labels, tech companies upended industry strategy, and social media helped rewrite the rules of access and influence.

From major industry changes to memorable live performances, here are 10 key musical moments of the decade to remember.

There used to be a very limited number of ways to find success in the music industry. Either gig until you make it big, or peddle your tracks to executives and hope for the best. The digital age ushered in a whole new way to find fame and fortune, especially for musicians. Case in point: Justin Bieber. Bieber paved the way for singers and musicians to be discovered on YouTube after he started posting homemade videos and covers to YouTube in 2007. He was eventually discovered by Scooter Braun, who still manages Bieber to this day. Now, a handful of household names, including Shawn Mendes, Alessia Cara, Ed Sheeran, and The Weeknd, owe their success in part to the video-sharing channel.

Lady Gaga spent the early years of the 2010s establishing herself as a boundary-pushing pop icon. From her theatrical outfits to performances, Gaga has always kept the world (and her “Little Monster” fan base) on the edge of their seats. Staying true to form, Gaga followed up her gothic and gory 2009 performance of Paparazzi by showing up to the 2010 MTV VMAs wearing a “dress” made entirely of beef and bacon—a choice that drew criticism from PETA and plenty of speculation on its meaning. Regardless of interpretation (feminist or anti-fashion statement?), the dress became an instant cultural marker and set the stage for Gaga becoming one of the most talked-about artists of the decade.

For being such a relative newcomer on the music scene, it’s amazingly tough to remember how we all listened to music (and discovered new artists, created playlists, shared our ‘Year in Review’s…) before Spotify. The Swedish streaming service managed to master everything that Napster got wrong in the 1990s. They put nearly every song imaginable all in one place—for free, no less—and put earning power directly back into the musician’s hands. Less than a decade later, Spotify has completely changed how people listen to and consume music and how artists and the industry make money.

During the 2010s, the entertainment industry was all about reincarnation. The movie industry used CGI (computer-generated imagery) to bring back key characters like Carrie Fisher’s Princess Leia. And at Coachella 2012, a hologram of Tupac Shakur “performed” alongside Snoop Dogg and Dr. Dre. The special effect became a template for future performances, including Justin Timberlake’s widely criticized choice to hologram Prince during his Super Bowl 2018 halftime performance.

Lin-Manual Miranda made history, Broadway, and Alexander Hamilton cool again with his hip-hop and musical theatre mashup, Hamilton. Created with help from The Roots, the play debuted at no.12 on the Billboard 200 chart. The album would peak at no. 3 on the charts, and more than six years after its debut, two tickets in the orchestra section will still cost you an average monthly rent payment.

2015: Terrorists attack the Bataclan in Paris

Music has always been a source of inspiration, peace, and change. On November 13, 2015, terrorists attacked an Eagles of Death Metal concert at the Bataclan in Paris as part of a coordinated attack at several locations across the city. Ultimately, the attack killed 129 people at various locations throughout the city and sparked a discussion on the vulnerability of music venues.

In the 2010s, there was the music industry—and then there was Beyoncé. Just two days after Prince’s death, Queen Bey released her visual album Lemonade on HBO. The culturally- and politically-charged album was an artistic triumph, but also an economic one. While the album never revealed a real radio hit, it dominated the conversation in 2016, setting the stage (and the standard) for future production and live performances, including her legendary 2018 Coachella performance.

2017: Fyre Festival goes up in flames

Entrepreneur Billy McFarland and rapper Ja Rule teamed up to promote Fyre Festival, a luxury music festival to be hosted on the Bahamian island of Great Exuma. The event was promoted on Instagram by celebrity influencers, including Kendall Jenner, Bella Hadid, Hailey Baldwin, and Emily Ratajkowski. Wealthy would-be attendees bought the hype and flocked to the island for a weekend of exclusive luxury, only to be greeted by unfurnished FEMA tents and “catered” lunches of white-bread-and-cheese sandwiches and general chaos. The festival was postponed indefinitely due to major infrastructure issues, and Twitter blew up with tales of disaster. Later, Netflix and Hulu put out dueling documentaries of the disastrous island debacle. McFarland was convicted of wire fraud, ordered to pay $26 million, and is currently serving a six-year prison sentence.

2018: Childish Gambino releases ‘This Is America’

On the same night he performed on Saturday Night Live, Childish Gambino, a.k.a. film and TV star Donald Glover, released the visually stunning and carefully choreographed video for his Grammy-award winning single ‘This Is America’, a scathing criticism of American capitalism and ambivalence toward gun and racial violence. The internet blew up with write-ups, video responses, and social memes dissecting the symbolism in the video and meaning behind the lyrics, further cementing the power of music as a tool for social justice and commentary.

2019: Lizzo taught us that it pays to love yourself

2019 was the year of Lizzo. Few names have become more synonymous with body positivity and self-love, but Lizzo also taught us the power of perseverance. In a recent Instagram post, Lizzo showed her journey from a roadside sign spinner to an SNL headliner. Now, she’s earned the highest number of 2020 Grammy nominations—and that’s got us all feeling good as hell.